Queen Marie of Romania / Maria, Regina României was well-received by the audience in the few weeks after the premiere, with sold-out screenings. The campaign continues on December 1, the national day of Romania, with special screenings in Bucharest and Constanța, in the presence of the film crew. 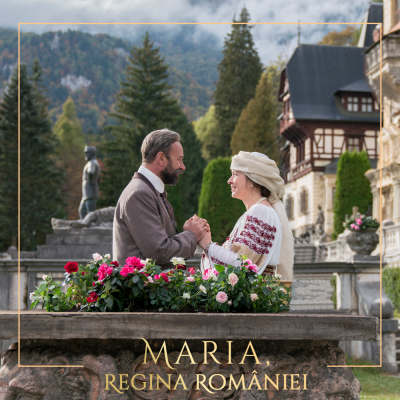 On this occasion, the organizers invite the audience to take part in the “Why do you love Romania?” campaign, with an answer on the film Facebook page.
“Bless you, beloved Romania, country of my joys and sorrows, beautiful country, who resides in my heart and whose many paths I know in their entirety. Beautiful country that I`ve seen united, whose destiny I was allowed to see fulfilled. May you always be prosperous, may you be great and filled with honor, may you stand proud among nations, may you be honest, loved and proficient.” (fragment from the Queen Marie`s Testament) is the Queen`s love declaration for Romania.
Queen Marie of Romania is an Abis Studio production, based on an idea by Brigitte Drodtloff, alongside the co-writer Maria-Denise Theodoru. The screenplay was adapted for the big screen by Ioana Manea and the director Alexis Sweet Cahill.
The film features Romanian, French and English actors: Roxana Lupu (Queen Marie), Daniel Plier (King Ferdinand), Anghel Damian (Prince Carol II of Romania), Adrian Titieni (Ion I.C.Brătianu), Emil Măndănac (Prince Știrbey), Ronald Chenery (Georges Clemenceau), Philippe Caroit (Count of Saint-Aulaire), Richard Elfyn (Lloyd George), Patrick Drury (Woodrow Wilson).
Details: Maria, Regina României FB