Queen Marie of Romania / Maria, Regina României, screened during the Les Films de Cannes Festival, received the Audience Award of the Autumn Preview section. The film filled with people the cinemas in Cluj, Iași, Timișoara, Botoșani, Bucharest and Brașov. The screenings were followed by Q&A sessions with the film crew. 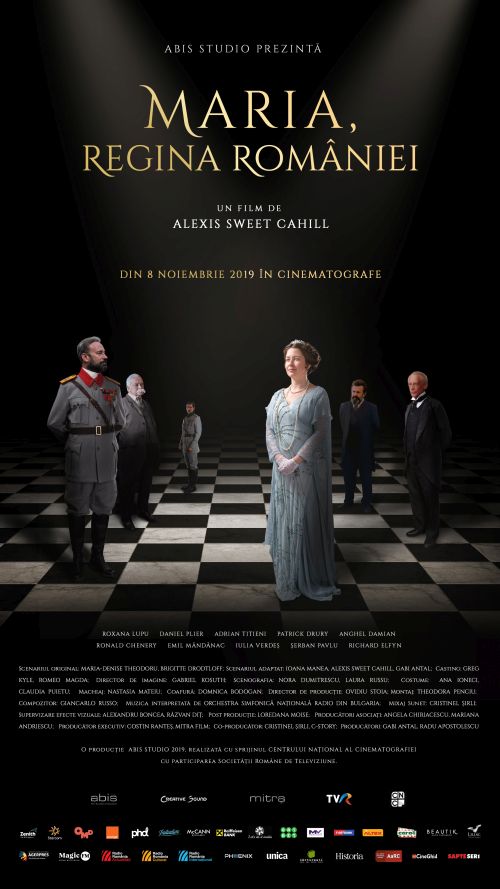 Queen Marie of Romania will have the Romanian premiere on November 8.
“The pre-production stage was wonderful. Casting sessions took place both in Bucharest and in London. From the very beginning I appreciated the talented crew I worked with. Very talented people, such as Gabriel Kosuth (cinematography), Ana Ioneci and Claudia Bunea (costumes), Nora Dumitrescu and Laura Russu (art design), are only few of those who helped us. The large scale of the film production was extraordinary”, Alexis Sweet Cahill, the film director.
For the making of the film, many locations, settings, pieces of furniture were re-made, following the original ones. “Some areas from Calea Victoriei, North Station, Lyon Station were recreated in post-production, in order to recreate the atmosphere of those years through all the details. The shootings took place in Romania and France; many authentic locations were used: King`s office, Queen`s office, Cotroceni Palace, Peleș Castle, Quay d`Orsay in Paris. Actually, this was the true challenge, to give an honest atmosphere to a moment that is too little known in our history”, Gabi Antal, the film producer says.
Based on an idea of Brigitte Drodtloff, alongside the co-writer Maria-Denise Theodoru, the screenplay was adapted for the big screen by Ioana Manea and the director Alexis Sweet Cahill.
“This film came to my life by storm, as a bet with my past as an advertising writer and as a student who was passionate with this heroic, providential figure of our history. As the cliché goes, it came with many challenges, but also with the great joy that this long-awaited restoration finally happens – here, not in Hollywood.” Ioana Manea declares.
The film features Romanian, French and English actors: Roxana Lupu (Queen Marie), Daniel Plier (King Ferdinand), Anghel Damian  (Prince Carol II of Romania), Adrian Titieni (Ion I.C.Brătianu), Emil Măndănac (Prince Știrbey), Ronald Chenery (Georges Clemenceau), Philippe Caroit (Count of Saint-Aulaire), Richard Elfyn (Lloyd George), Patrick Drury (Woodrow Wilson).