The Game of Judging by Looks – “Second Look”


Two young people are on their way to Timişoara, where Mădălina intends to present Radu to her parents. They stop at a gas station to grab something to eat. APPARENTLY they look in love, they cuddle each other and laugh with no particular reason. When he suggests taking a hitchhiker in the car with them, the girl refuses, because the guy APARENTLY looks weird. She doesn`t trust his long unclean dreadlocks and his shabby clothes.
The next one is more successful because APPARENTLY “he looks a bit less scruffy”. He has just returned from Spain where he spent his last 3 years and he goes back home to Lugoj, where his wife is waiting for him. He introduces himself:  his name is Dublă (Double). He is quite funny with his nickname that he got from playing Backgammon, because he`s good at rolling doubles. 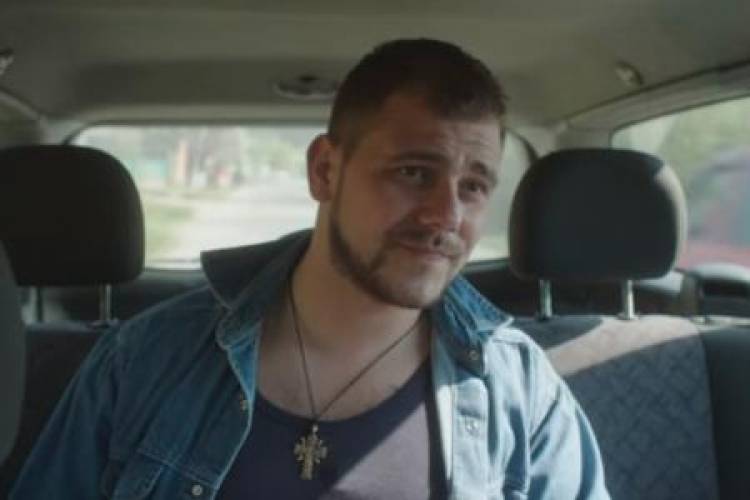 And this is not his only skill. He knows to play tricks with cards, which are true acts of prestidigitation. During one of them, taking advantage of the two lovers` having fun and of their amazement, he takes Mădălina`s watch from her wrist without their noticing it. It is just an APPARENT theft because he gives it back to the girl right away. Now it is obvious what he has been doing in Spain. The fun the two of them had until that moment gives place to the uneasiness. Radu and Mădălina start looking at Dublă differently, as he only APPARENTLY seems to be a good man and they decide to get rid of him as soon as possible.
The story imagined by Ana-Maria Comănescu and Anca Istudor is simple and quite predictable, the way its conclusion is as well – “don`t trust your first impression”. What is interesting is the part that Dublă plays in this triangle. He is the developer of the inconsistency of the relationship between Mădălina and Radu, so that the game of judging by looks works both ways, in Second Look.
Ana-Maria Comănescu proves to have directorial skills that were obvious in her previous short film, In the House, as well. She directs this short road movie with a steady hand, knowing when to alternate the action parts with well placed ellipses and knowing how to build believable characters, well played by the three protagonists: Diana Cavallioti, Bogdan Nechifor, Andrei Ciopec. Especially Andrei, who sparingly plays a nuanced character, Dublă, who is a good-natured guy but also a trickster, a good-boy-but-lacking-manners who, despite his doubtful occupations, is the one who can teach his occasional trip partners a lesson on moral and behavior. We can see this actor again in Cătălin Mitulescu`s latest film By the Rails.