Ion Dichiseanu and Irina Ionescu invited to the FILM Cineclub


On Friday, 2 June 2017, at 19, Eforie Hall of the Romanian Cinematheque of Bucharest will host the 16th Edition of the FILM Cineclub, which is to screen another notable title of the Romanian film history, Dincolo de barieră / Beyond the Barrier (directed by Francisc Munteanu), an adaptation of the play “Domnişoara Nastasia” (Miss Nastasia) by George Mihail Zamfirescu. 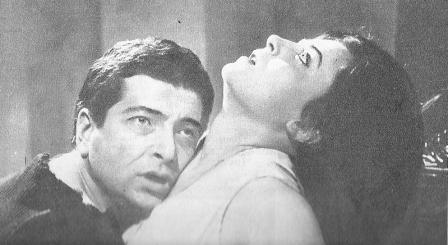 The special guests of the event, presented by cinema critic and historian Călin Căliman, will be actors Ion Dichiseanu (playing the role of Vulpaşin in the film) and Irina Ionescu (playing Miss Nastasia). The event will be also attended by the Editor-in-Chief of the FILM Magazine, by cinema critic and Professor Dana Duma, as well as by editors and collaborators of the Magazine edited by UCIN.
FILM Cineclub represents a series of events (special screenings of remarkable Romanian movies presented in new or restored copies, and accompanied by talks with guests) set up by the National Film Archives – Romanian Cinematheque in cooperation with the FILM magazine, a quarterly publication of the Romanian Filmmakers Union (UCIN). The sole admission fee to these events amounts to RON 3.
(Translated by Stela Moise)
(30.05.2017)