Interview of the week with Valeriu Andriuță


Valeriu Andriuță is a very special actor, with a special inner strength that he gives to his characters; he worked with the directors Cristian Mungiu, Marian Crișan, Igor Cobileanski, Pavel Lungin. The special connection he shared with the director Cristian Mungiu was created while working on a few short films and on the feature films Occident, Beyond the Hills / După dealuri and Graduation / Bacalaureat.
He accepted the part of the priest in  The Morning That Will Never End / Dimineața care nu se va sfârși, as a bet with his profession, after having played a similar character in Beyond the Hills.”I`m trying to set apart from everything I have done so far” he added.
He found Ciprian Mega`s proposal quite unexpected and interesting. The modest conditions of an independent project didn`t bother him. “I prefer the more Spartan conditions on the set and the small crews get along better. We are like some castaways on an island. If all those involved are ready to face the situations, I love the effort I make.” His family was involved in this project as well: his wife, Iulia Andriuță was the film editor and their daughter, Vanessa, plays a small part in the film. Cinematography: Valeriu Ciubotaru
Translation: Iulia Necoara 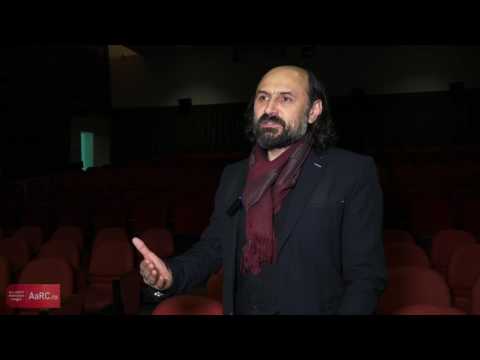