The film director Cristina Groșan starts shooting for her feature directorial debut,  Things Worth Crying for / Chestii pentru care merită să plângi, a comedy about the late coming of age of the present generation, according to the article written by Vassilis Economou for Cineuropa.org. 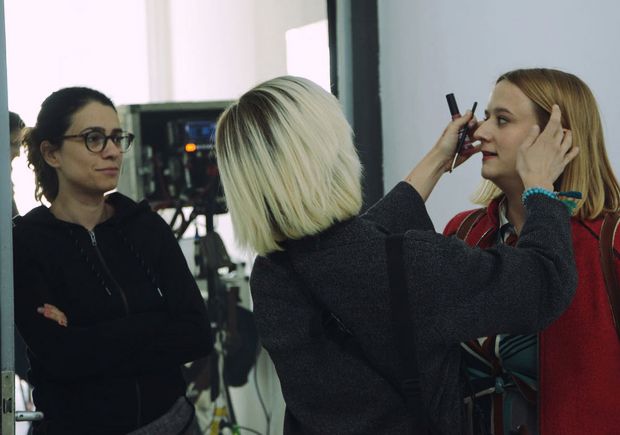 The film tells the story of Maja, a 30 y.o. woman, who finally goes through some important changes in her life. She moves out of the student apartment that she has shared with her boyfriend and some college colleagues, ever since they were students. She takes a 30-years loan from the bank for her new home. Maja also gives up her freelancer career for a stable job and feels more mature than ever. Her stability is troubled when she discovers by accident the dead body of a distant relative. After spending the night watching the body, Maja abandons all her plans and will start a new life.
The screenplay is written by Cristina Groșan and Nóra Rainer-Micsinyei, who also plays the part of Maja. The film also features Barna Kelemen Bányai, Júlia Huzella and Judit Hernádi. The cinematographer of the film is Márk Györi, and the film editing is signed by Anna Meller.
The film has a budget of 300,000 Euros and it is produced by Judit Stalter from Laokoon Filmgroup (Son of Saul, by László Nemes) and it is made with the support of the National Film Fund of Hungary, through the Incubator program dedicated to the micro-budget projects.
Details: Cineuropa.org