Film report from Cannes 2017: Romanian filmmakers on the Croisette


Even if in 2017 no Romanian film entered the official selection of the Cannes Film Festival, which celebrated its 70th anniversary, from the 17th until the 28th of May, the Romanian filmmakers weren`t absent from the Croisette. First of all, after having three consecutive feature films selected and awarded in the main competition (including the Palme D`Or) and after being part of the jury of the same section (at the 66th 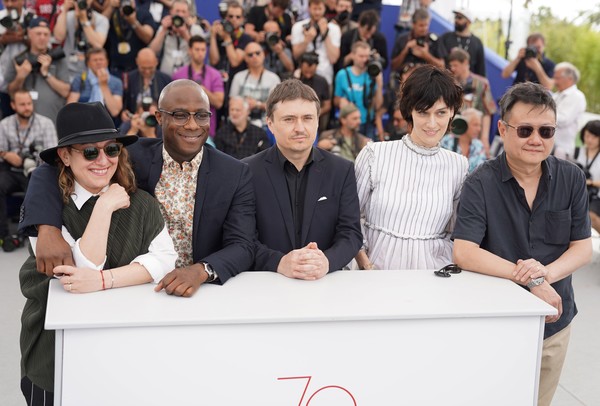 edition in 2013, when Steven Spielberg was the president of the jury), Cristian Mungiu returned to Cannes as  the president of the  Cinéfondation and Short Film Jury. The fact that Mungiu – who in 2010 initiated an annual event which is very popular among the film lovers from the capital, „Les Films de Cannes à Bucarest” – is a usual guest on the Croisette is also proved by his presence at the photocall dedicated to the anniversary of the Festival, that the Romanian attended, on the 23rd of May. The photo shoot which was called “Family Portrait” and Mungiu was sitted in the front row, next to Thierry Frémaux, the general delegate of the Festival and other important Palme D`Or winners, such as Bille August, Jane Campion, Michael Haneke, Costa Gavras, Claude Lelouch, Ken Loach sau Nanni Moretti. 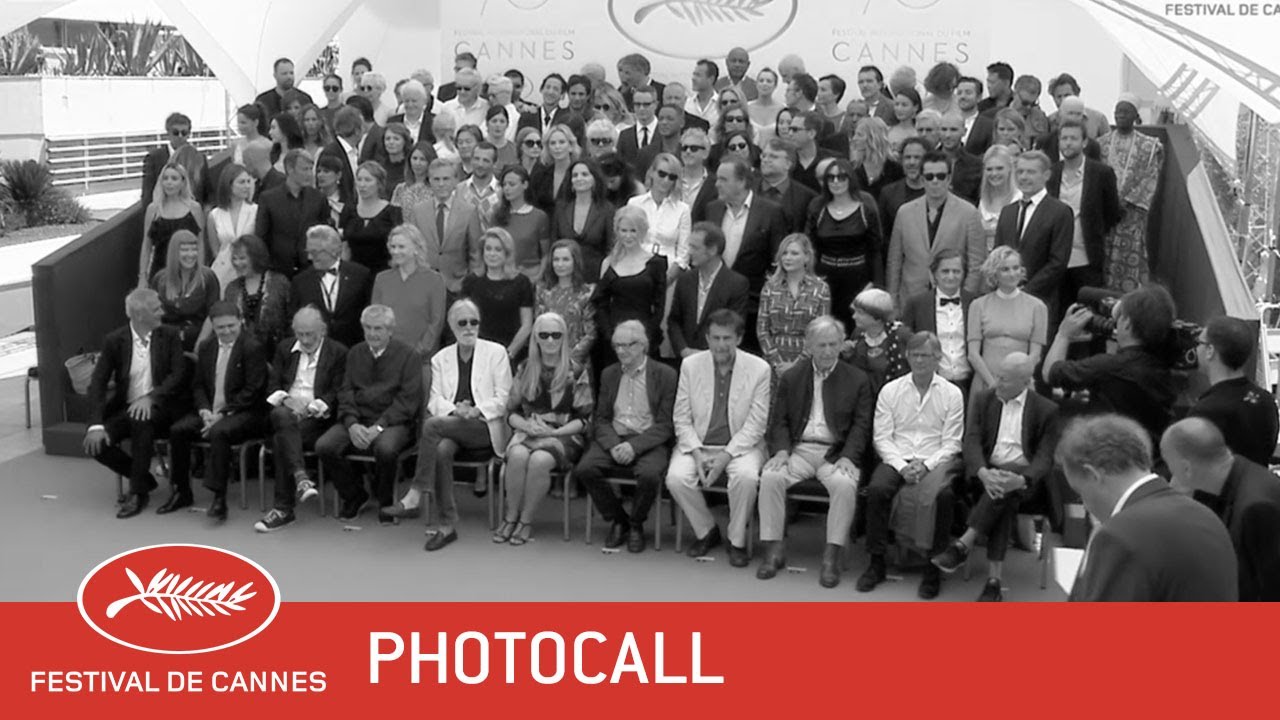 Then, since we mentioned Cristian Mungiu, we should add that two of his oldest collaborators were on the credit list of the most original, if not the most shocking film of this year`s main competition – A Gentle Creature / Une femme douce, of the Ukrainian film director Serghei Loznitsa. The cinematographer Oleg Mutu (who has previously worked with Loznitsa for other two of his feature films, My Joy, in 2010 and In the Fog, in 2012), signs the excellent cinematography of this new film. And the actor Valeriu Andriuţă, Mungiu`s collaborator from his school films until the latest feature, Graduation / Bacalaureat, plays an excellent supporting role, in Russian, in the wonderful A Gentle Creature, which is a France-Germany-Netherlands-Lithuania co-production.
Then, every year, the Romanain filmmakers are present with their fiction or documentary short films or mid-length films, in the traditional non-cmpetitional section “Short Film Corner” which includes thousands of films from all over the world. In 2017, 22 Romanian productions were included in the Short Film Corner panorama and 14 of them were included in the program ”Romanian Short Waves 2017”, which took place at the Palais de Festivals on the 26th of May. Out of this program (created by the producer Dan Burlac`s Secvente Association), there were three new films that I found very interesting. 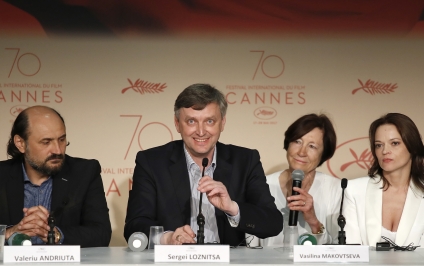 Almania is a short film directed by Anton and Damian Groves; it is inspired by the nowadays “crisis of the refugees”. It is a drama with an unexpected ending – the main character is a Romanian truck driver (Dan Chiorean, the leading actor from Marian Crişan`s Rocker ) who decides – apparently motivated by the relationship with his son from Germany – to help a family of Turkish fugitives that he found in his truck.
Father tongue / Limba paternă, the directorial debut of the actress Cristina Juks (who also plays the main character) is also a surprising psychological drama; the storyline is based on the communication problems (the other film was about different cultures, here we also have different generations); it is the story of a mature woman, divorced in Germany who, after her mother`s death, returns to her native place (an area with mainly Magyar inhabitants in Transylvania), in order to get in touch with her father, after 30 years.
Andrei Huţuleac`s Offstage is an excellent comedy with a dramatic ending, about a famous actor (Adrian Titieni), who is kidnapped by a failed director (Amalia Ciolan), who wants to convince him, as the chief of the admission committee, that her son (Tudor Aaron Istodor) - who lacks talent just like his mother - , deserves to be admitted in the Acting Class, at his 8th attempt.
Last, but not least, among the three Romanian feature-length films which were screened by the Romanian CNC at the Marché du Film, one of them was Marius Iacob`s, I Am Hercules / Eu sunt Hercule.  The film had its preview screening in Cannes: it blends the stories of three self-made masseurs from Băile Herculane, Mitică, Relu şi Gelu, in order to represent the specific world of this East-European “Garden of Heaven” and to build a portrait with absurd touches, of a modern Hercules.