“Lost Kids on the Beach”, Alina Manolache`s feature debut, has the premiere at Taormina IFF


Copii pierduți pe plajă (Lost Kids on the Beach), the feature-length documentary directed by Alina Manolache, will have the world premiere at the 66th edition of the International Film Festival in Taormina, Sicily, the official site of the festival announces. 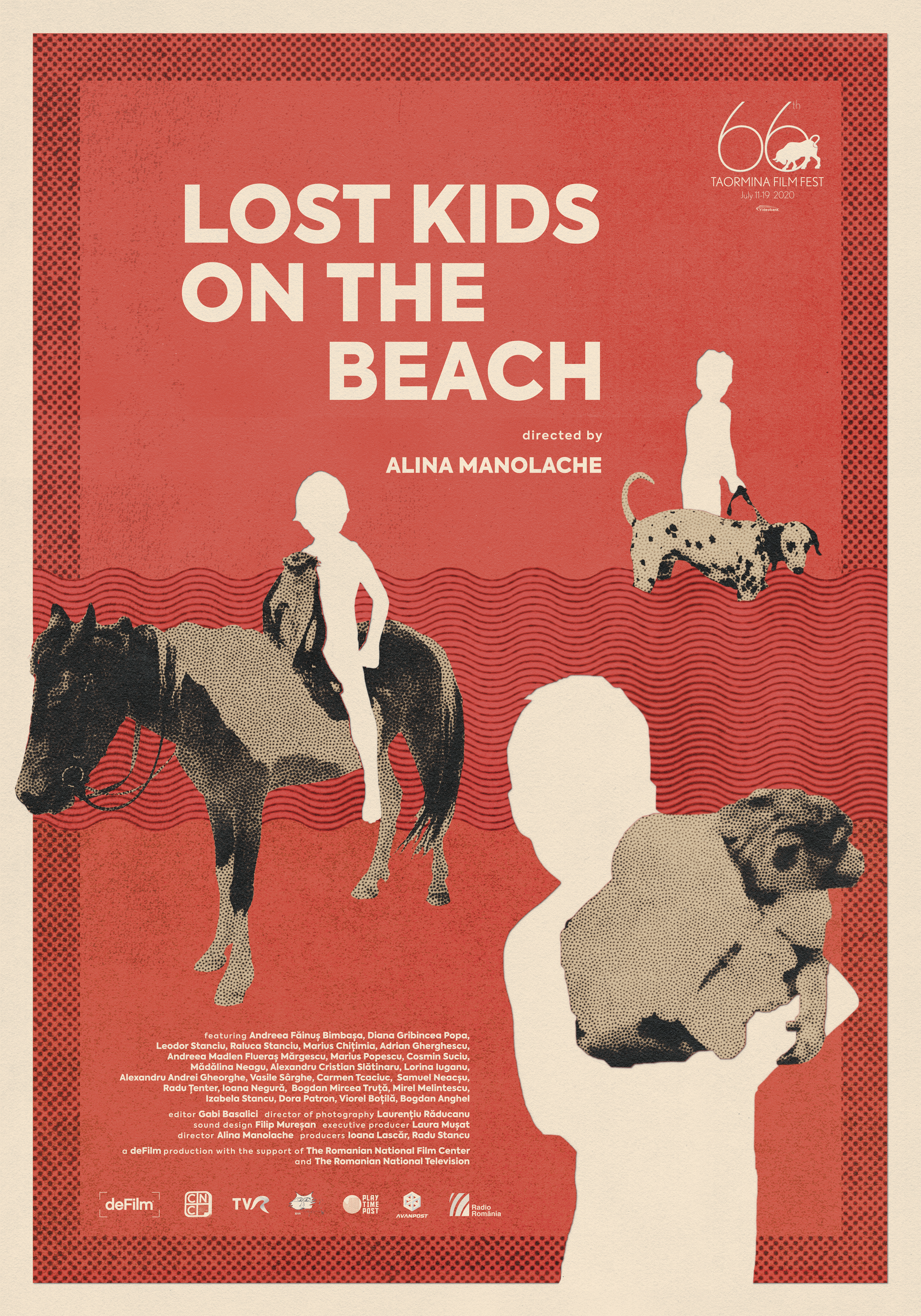 After the short films Sfârșitul verii / The End of Summer (Visions du Reel 2016) or the recently released I am here (2020, produced under the umbrella of the European Film Festival), Lost Kids on the Beach is Alina Manolache`s feature debut. Being the result of 4 years work, with a screenplay developed at the Archidoc international workshop (Paris – Lisbon – Nyon), the documentary is a deFilm production and it is supported by the Romanian Film Centre, in partnership with the Romanian Television.
The 70 minutes documentary starts from the theme of finding the lost kids on the beach in the `90s (who are now adults in their 30s) and it turns into an emotional puzzle which - seen from above – may show the subjective image of a generation – the first generation that was born free and which was raised “in the free years” after the Revolution. A collective portrait in different nuances, a film-journey that speaks about “the lost ones”…and “lost” may have different meanings.
The film team also includes: Ioana Lascăr, Radu Stancu (producers), Laurențiu Răducanu (DoPs), Gabi Basalici (editor) și Filip Mureșan (sound designer). The film features Radu Țenter, Ioana Negură, Andreea Făinuș Bimbașa, Diana Gribincea Popa, Marius Chițimia, Adrian Gherghescu, Mădălina Neagu, Alexandru Cristian Slătinaru, Lorina Iuganu, Alexandru Andrei Gheorghe, Cosmin Suciu, Vasile Sârghe, Carmen Tcaciuc, Mirel Melintescu, Izabela Stancu, Dora Patron, Viorel Boțilă, Bogdan Anghel, Leodor Stanciu, Raluca Stanciu, Samuel Neacșu, Marius Popescu, Bogdan Mircea Truță.
Because of the sanitary crisis, this year, the Taormina International Film Festival will look differently. Most of the films will be watched online, using the Video on Demand platform. There will also be some outdoor screenings for the local viewers.
The Taormina Interational Film festival is an event with a history of 6 decades; along the years, its competition included many important guests such as Federico Fellini, Michelangelo Antonioni, Audrey Hepburn, Ingrid Bergman, etc.
This year, the president of the jury is Willem Dafoe. From July 11 to 19, all the films from the competition sections will have their world or international premiere. The screenings of Alina Manolache`s film are scheduled for July 16 and July 17.
The tickets can be reserved exclusively from Italy. The maximum number of viewers is 350.