Having a catchy title,  #Selfie 69, the sequel of the#Selfiefeature film,brings the same happy gang of girls and boys who reached the stage of the bets about “how you can get married in 3 days”? The first film brought the director Cristina Iacob the first rank in the Romanian box office of 2015.
The press conference was attended by Cristina Iacob and the other two screenwriters, Maria Spirache, Tudor Potra and by the actors Crina Semciuc, Olimpia Melinte, Flavia Hojda, Alina Chivulescu, Alex Călin, Levent Sali. The crew prepared a cake for Vlad Logigan, who celebrated hs birthday on that very day.
The feature film is produced by Zazu Film.
Cinematograhy: Valeriu Ciubotaru 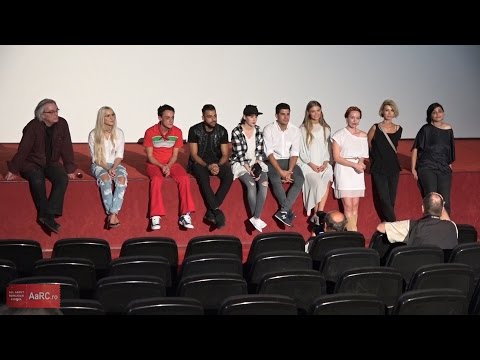