The Bucharest Best Comedy Film Festival takes place from December 1 to 10, 2020, on the ComedyEst TV channel and it can also be seen on the Digi Online platform, in the application from Google Play Store,  App Store, Huawei AppGallery and www.DigiOnline.ro. In the context of the Covid-19 pandemic and of the restricted access to the cinema halls, the Bucharest Best Comedy Film Festival became the first film festival which can be watched on a TV channel – the ComedyEst 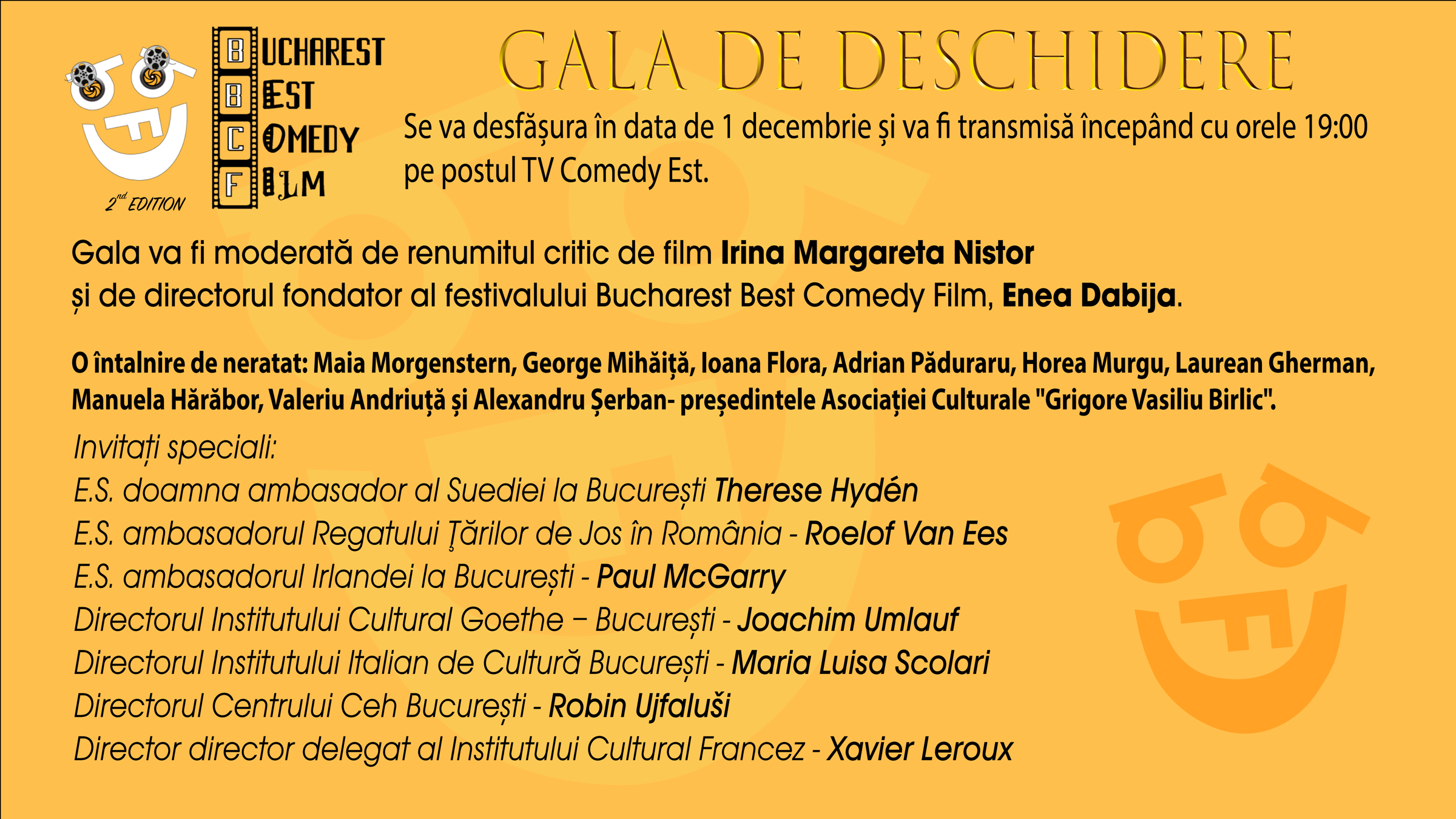 one. The festival proposes a world tour from 10 different film perspectives.
The opening gala will take place on December 1 and it will be streamed starting with 19:00, on the Comedy Est TV channel. The gala will be moderated by the film critic Irina Margareta Nistor and by the founder director of the Bucharest Best Comedy Film Festival, Enea Dabija. The special guests of the gala are: H.E.Therese Hydén, the Ambassador of Sweden in Romania, H.E. Roelof Van Ees, ambassador of the Netherlands in Romania, H.E. Paul McGarry, the ambassador of Ireland in Romania,  Joachim Umlauf, the director of the Goethe Cultural Institute in Bucharest, Maria Luisa Scolari, the director of the Italian Culture Institute in Bucharest, Robin Ujfaluši, the director of the Czech Centre in Bucharest,  Xavier Leroux, delegate director of the French Cultural Institute.
The gala will be attended by Maia Morgenstern, George Mihăiță, Ioana Flora, Adrian Păduraru, Horea Murgu, Laurean Gherman, Manuela Hărăbor, Valeriu Andriuță and Alexandru Șerban, the president of the "Grigore Vasiliu Birlic" Cultural Association.
All the films will be streamed from December 1 to 10, starting with 22:00 and the reruns will be rescheduled and they will be announced on the festival Facebook page, on the festival website and on the TV Comedy Est TV channel. Please find below the festival programme: 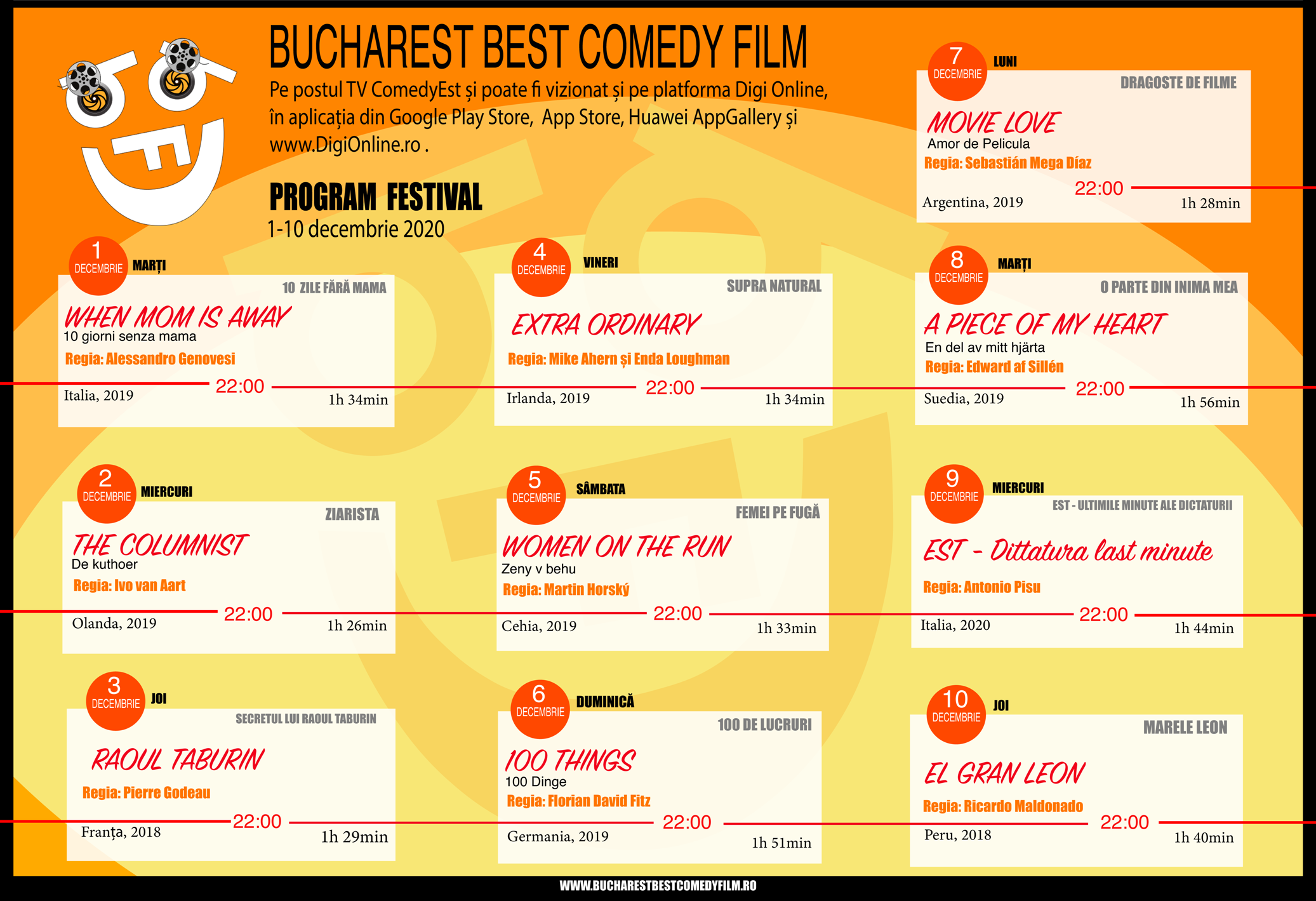