In 2019 the Bucharest International Film Festival will celebrate 15 years of existence with a special edition which will take place from June 24 to 30. 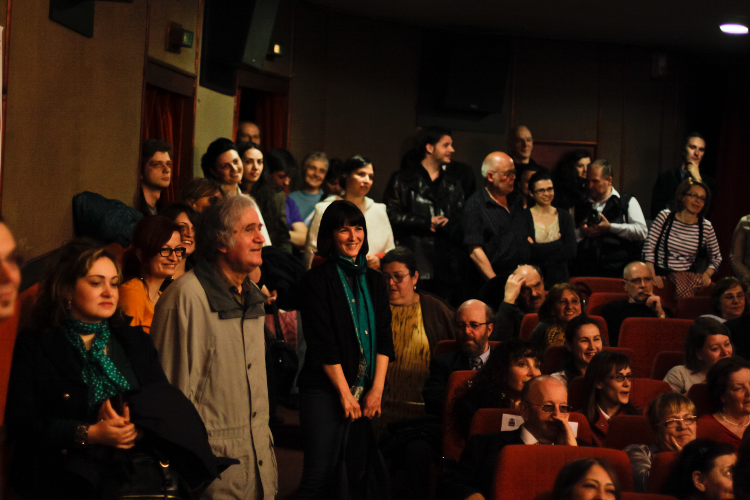 The international competition brings 8 very new and daring films, present in big festivals an made by highly appreciated filmmakers – some of them already established directors, some of them at the beginning of their journey. They will be evaluated by an international jury made of five personalities of the film world. The awards will be supported by the Romanian Cultural Institute (ICR).
The Panorama section which includes the films from the opening and the closing galas will schedule some of the most awarded and debated films of the last year.
This year, the Focus section is dedicated to the French cinema and it is included in the Romania-France Cultural Season 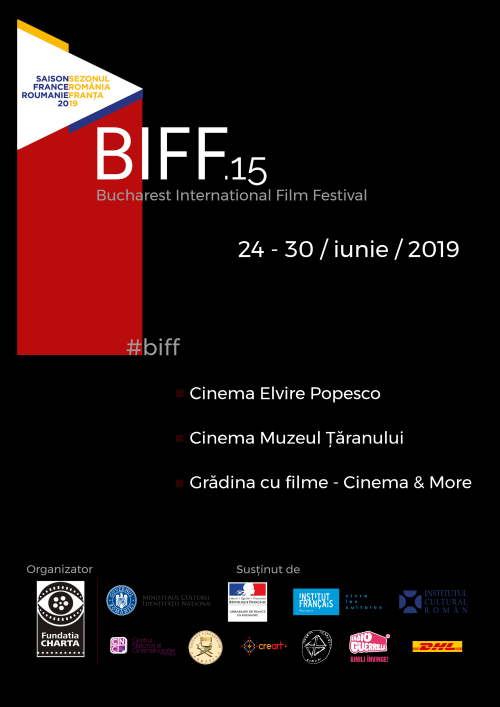 2019. A famous French filmmaker will come to Bucharest and will discuss some of his films with the Romanian audience.
Starting with this edition, BIFF will pay tribute to one important Romanian filmmaker who will choose three films to present to the viewers and he/she will also hold a masterclass.
The programmers of the Bucharest International Film Festival (BIFF) are Sylvain Azou, a former artistic director of the Venice Days section of the Venice International Film festival and the Romanian film critic Ionuț Mareș.
The 15 edition of BIFF will take place from June 24 to 30, at the Elvire Popesco Cinema, the Peasant Museum Cinema and Grădina cu Filme – Cinema & More (Creart,  Bucharest).
The special guests list of the previous editions included great personalities, such as Vanessa Redgrave, Jerzy Skolimowski, Andrei Koncealovski, Amos Gitai, Manoel de Oliveira, Danis Tanovic or Rutger Hauer.
The festival is organized by the Charta Foundation, as part of the Romania-France Season 2019.
The festival partners are the Ministry of Culture and national Identity, the Romanian Film Center (CNC), the Romanian Cultural Institute (ICR), the Romanian Filmmakers Union (UCIN).
Details: www.biff.ro // BIFF FB