Take I. A quiet street with inter-war blocks, a coffee table arranged under a tree. Boys run around with cables, a pulley block from the third floor lifts all kinds of gears. Codruța Crețulescu, the co-producer lets us know the schedule, Victor Rebengiuc comes with an assistant and goes to the make-up trailer. We follow him and he tells us about the part he plays in Andrei Crețulescu`s film, about how he met the young filmmaker at one edition of the Making Waves Festival in new York and about how he accepted to play an episodic role in Charleston, Andrei`s feature film debut.
We return to the coffee table and we meet Ana Ciontea, who just finished her shooting day. She is thrilled with the film proposals she has received recently and with the working style. The role that Andrei Crețulescu offered her is an unusual one 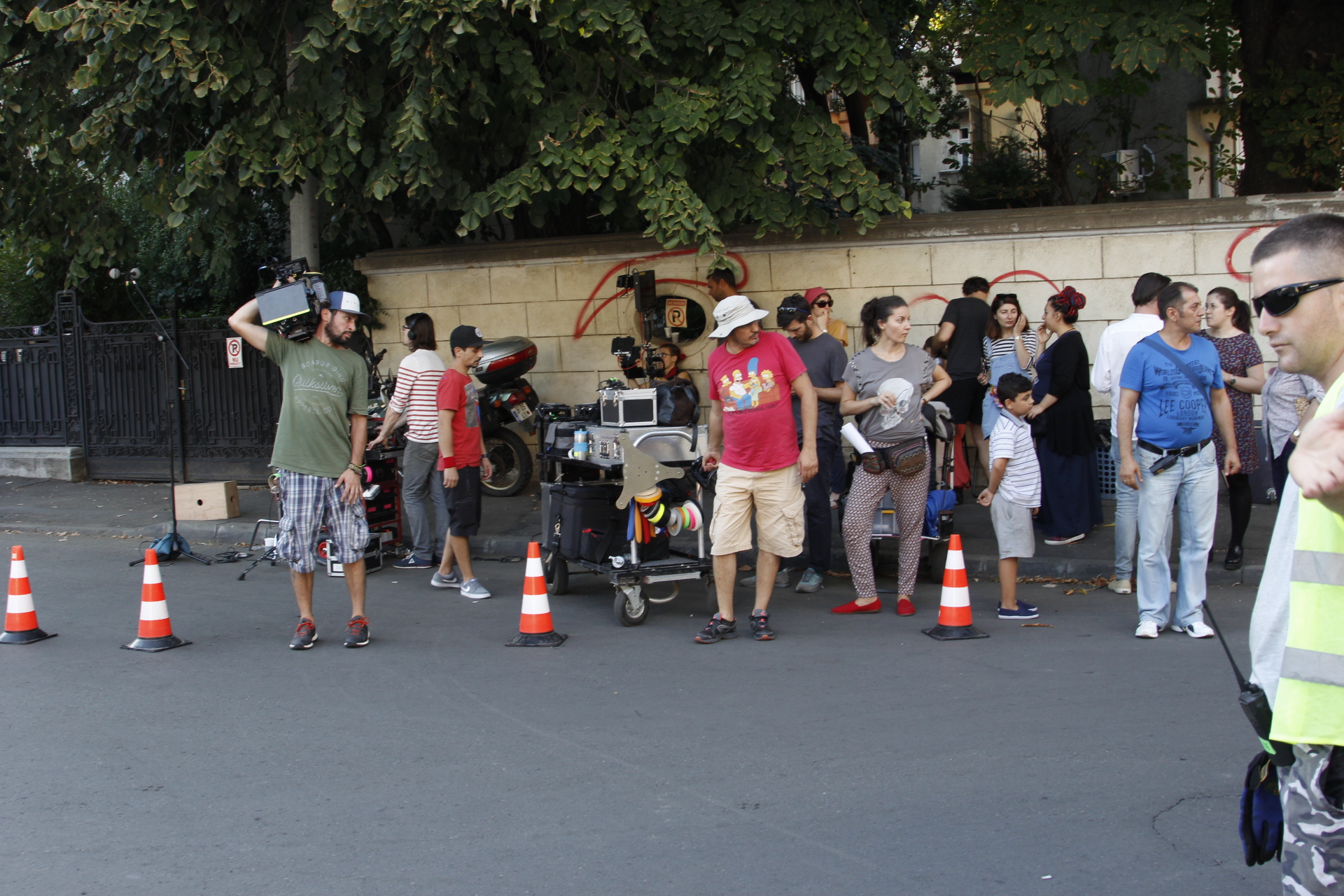 for her (an old school teacher), but she loves the way it was written. “I was told I was spoiled to have this cast, but all the actors loved the screenplay”, the director confessed. He organized casting calls only for the Tom cat Charlton Heston. The two actors playing the leading roles, Șerban Pavlu și Radu Iacoban, were his first option.
Only Barbu Bălășoiu (Sieranevada), the cinematographer, was not the first choice. Crețulescu used to make a good team with Andrei Butică for his short films. But because of their different working schedules, Barbu was chosen to shoot Charleston, instead and the director is very happy with the collaboration. Cătălin Cristuțiu, who will be the film editor is another crew member from his previous short films.
Take II. A bar with a terrace, another quiet street with inter-war blocks of flats. Actors, friends or regular clients sit for a beer. Ana Ularu and Rodica Lazăr, who have special appearances in the film, came out of friendship. Adrian Titieni, dressed with a sailor T-shirt, waits for his turn to shoot. IstvanTeglas and the director Iris Spiridon are next to the crew that prepares another sequence.
A night shooting, the lights on the street are on, some branches are hung on a tripod, for the shadow they cast. There is a tray with plastic cups with some thick juice somewhere near. Somebody shouts: “Quiet, please!” and everybody on the terrace keeps silent. They start shooting. ȘerbanPavlu drinks a glass of juice that he will “throw up” during the scene. Many glasses, many takes.
Inside the bar, the production designer MălinaIonescu keeps an eye on the crew that prepares the last details for the night shoot. Adrian Titieni will be on the set, because he plays the barman – friend-therapist, that Șerban Pavlu comes to confess to. Because it is very late, we leave the shooting.
Charleston is an ICON Production, Les Films du Tambour and Kinosseur and will be released in 2017. 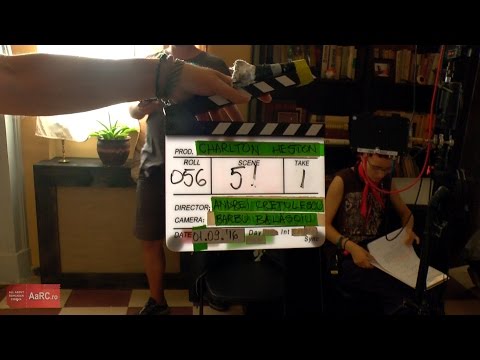