After the scandal with the anti LGBT protest that interrupted the screening of the French film BPM (Beats Per Minute), which generated the Romanian distributor Cristian Mungiu`s reaction, a second scandal interrupted the screening of the film Soldiers, directed by Ivana Mladenović. A group of “soldiers of the Romanian people” let off flares in the cinema hall and caused the police intervention.
Another group protested 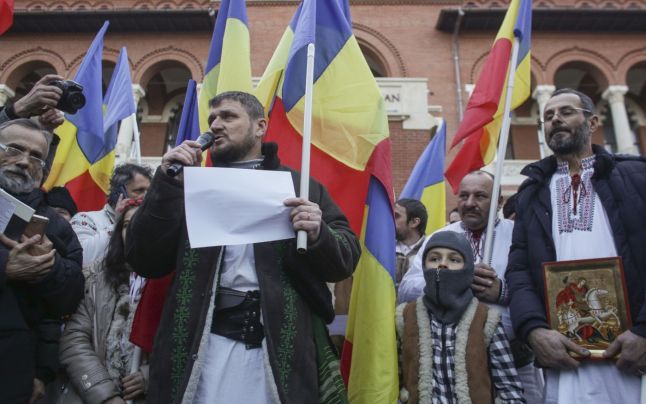 peacefully in front of the building, against the screenings of LGBT productions at the Romanian Peasant Museum Cinema. The association called “The St.George the Great Martyr and Trophy Bearer Orthodox Brotherhood” organized the protesting event “The call of the Romanian peasant”, with the purpose “to stop the gay propaganda that is done in this location which is a national symbol of the Romanian people”.
Source: adevarul.ro / hotnews.ro
Translation: Iulia Necoara