On the night of December 21, 1989 a woman witnesses the assassination of some youngsters in the hospital where she works in. During the Revolution she discovers at the headquarters of the national TV station that the murderers are pretending to be revolutionaries. The attempt of revealing their true identity marks the beginning of a descent into hell.
" /> Aarc.ro - State of Things (1994)

On the night of December 21, 1989 a woman witnesses the assassination of some youngsters in the hospital where she works in. During the Revolution she discovers at the headquarters of the national TV station that the murderers are pretending to be revolutionaries. The attempt of revealing their true identity marks the beginning of a descent into hell.

“You can shout all you want about what you’ve seen. No one is going to listen because no one is interested in anything. This is the state of things.”
“Why aren’t you talking to me? Can’t you see that we’ve become «us» and «you»?”
“Why don’t you want to know?”

Stere Gulea on the film
„Although the action of this film takes place during the December 1989 Revolution and over the course of the following year, it is meant to offer a potential outlook on post-communist Romanian society down to its core. A difficult and meticulous mission! A film attempting to approach events of such complexity and controversy – events whose essence is still wrapped is a mystery more than ambiguous – five years after they took place might seem like madness. And yet! Aside from the possible identification and inaccuracies – which pertain to a subjective stance – the film rather aims to show a global image of what’s left after the consummation of an event. How our souls view it after a while. This seemed to me like a necessary thing even if it’s only a diary entry because, later on, history will catch up… To this end I chose a real event which I considered to be parabolic and suitable for our craft, filmmaking. An impressive destiny bears within its’ intangibility; it doesn’t surrender to hypotheses or to relativism. And in the case of December ’89 we know very well that Destiny was at work there as were the destines of the people who are no longer with us and of which we have to think about incessantly. Especially since many times we have had and have the feeling that they sacrificed or that they were sacrificed for nothing. We owe it to them and to our feelings of hope from that time and since always to not be overwhelmed by oblivion, confusion, apathy, cynicism or lies.  There are certain moments which are not to be regarded lightly by a people if it wants to distance itself from dishonor.” (Film brochure)

Alexandru Paleologu on the film
„Stere Gulea’s most recent film, State of Things, takes the «state of things» (presented in his former film, Vulpe Vânător), a step further, but it does so with an infinitely increased force while the action is conveyed as an inexorable course of events. This shattering film - ridden with a type of realism and lucidity which pushes the limits far beyond of what is bearable-, is, in fact, an important film bearing a Christian message. The heroine (Alberta) is a witness, which is literally equivalent to the notion of a martyr [T.N. Greek etymology, μάρτυρ (mártur), martor in Romanian]. She is an invincible victim because she irreversibly assumes the highest moral and redemptive decision: taking one’s cross and becoming a follower of Christ.” (Film brochure) 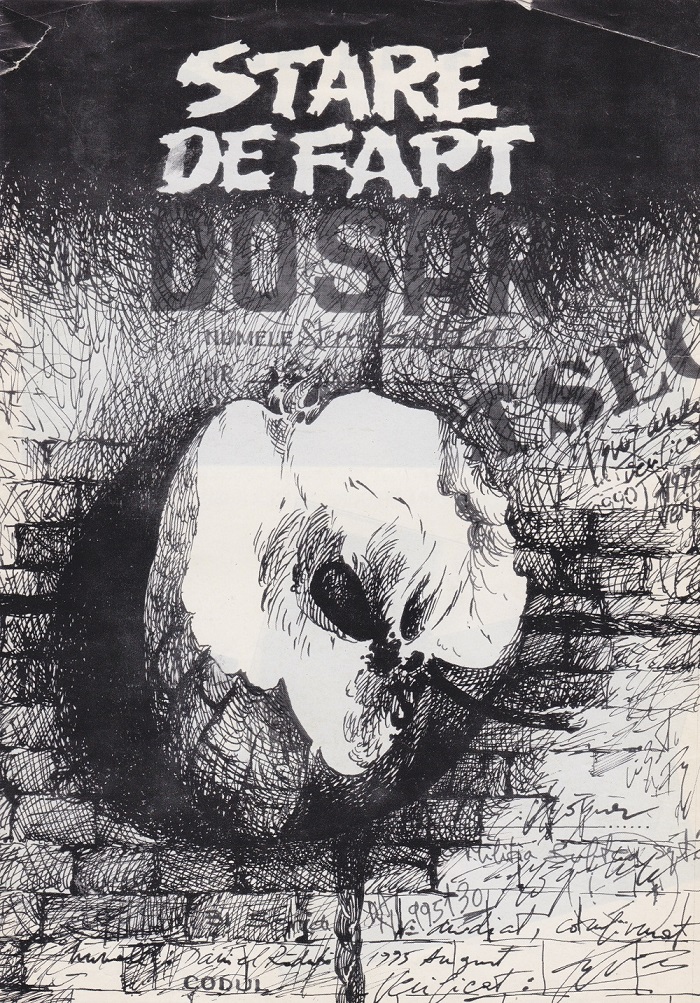