Synopsis: At an old age, prince Andrei Morudzi retreats to his castle in Romania, during the two world wars, after having led an eventful youth. There he is seen as a rare bird by the local folk, due to his strange attitude towards life and his exquisite manners, which don't fit the way of life of the villagers. But, in the end, despite trying to distance himself from the local people, he can't help but influence their humble existences. 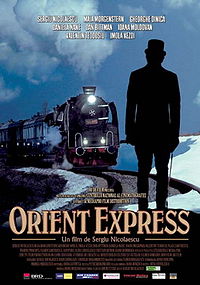