He is admitted at the Faculty of Industrial Economics within the University of Torino which he abandons for acting studies at the Academy of Music, Theatre and Fine Arts in Kishinev. He is selected at the Berlinale Talents in 2019. 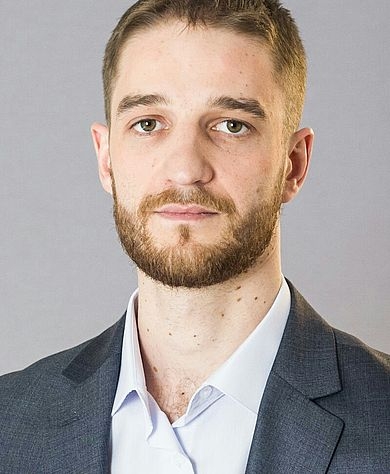