He makes his debut in 1966 when he was a high school student by reciting a poem for the TV show “Dialog la distanță”.Graduate of the Institute of Theatre and Film “I.L.Caragiale” (year 1971, class prof. Constantin Moruzan). He is chosen as valedictorian and assigned to act at the State Theatre in Târgu Mureș. In 1973 he is transferred to the Giulești Theatre (the present-day Odeon Theatre). After 1989 he becomes a member of the acting companies of the Bulandra Theatre and of the Bucharest National Theatre. From 1974 to 1978 he worked as a university instructor at IATC and from 1996 he worked as a professorat the National University of Theatre and Film. PhD in Arts in 2002, with a thesis paper entitled “Acting or Magic”. Rector of UNATC from 2000 to 2008.

“A slim, ascetic figure, whose entire bodily energy seems to have gathered in his darksome burning eyes, from which he sends out bizarre and unsettling messages, undecipherable for most people. His eyes -sometimes closed and opaque, other times enlightened by wondrous sights – are the eyes of Ion from Năpasta (a part Florin Zamfirescu vividly performed on the stage of the Giuleşti Theatre), the terrified, yet stubborn eyes of a peasant from Capcana, the eyes full of love and anger of Zamfir, Oaie’s son from Tatăl risipitor. In fact, fire is the sign governing Florin Zamfirescu’s acting mastery, hence the (relatively) easy casting choices orientated towards dramatic roles, in which the everyday is constantly frightened by the shadow of the mysterious and of the tragic.”(Dinu Kivu, Almanah Cinema 1975) 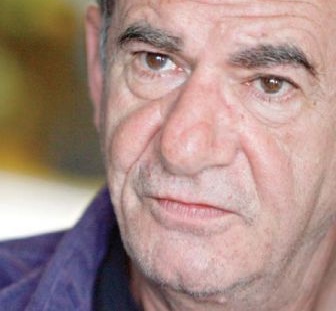