At the end of the 40ies he studies acting and directing in Romania, Iasi (the Film Direction Faculty at the Conservatory) and in the USSR, Moscow (VGIK). Starting 1953 he makes documentaries at the “Alexandru Sahia” Documentary Film Studio in Bucharest, imposing through a rich and prestigious filmography (over 200 titles, many of which prized in festivals).
Among his faithful collaborators is screenplay writer and film critic Eva Sîrbu who says:”When you look at a windmill you think of Don Quixote…I myself think of film director Jean Petrovici.” 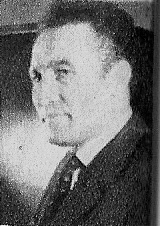