We stay at home with KineDok

After a summer with open-air screenings organized by the partners in Alba Iulia, Arad, București, Brăila, FocșanișiReșița,Kinedok Romania returns with a programme of online events with films and guests.
The first day is November 5, 2020. Starting with 19:00, three Sahia Vintage short films which focus on the “housing” theme will be streamed live on the Facebook page: Scrisoare din orașul nou (Titus Mesaroș, 1978), Casa noastră ca o floare (Alexandru Boiangiu,1963), Aflați despre mine... (Adrian Sârbu, 1982). After the streaming, there will be a discussion with Adina Bră 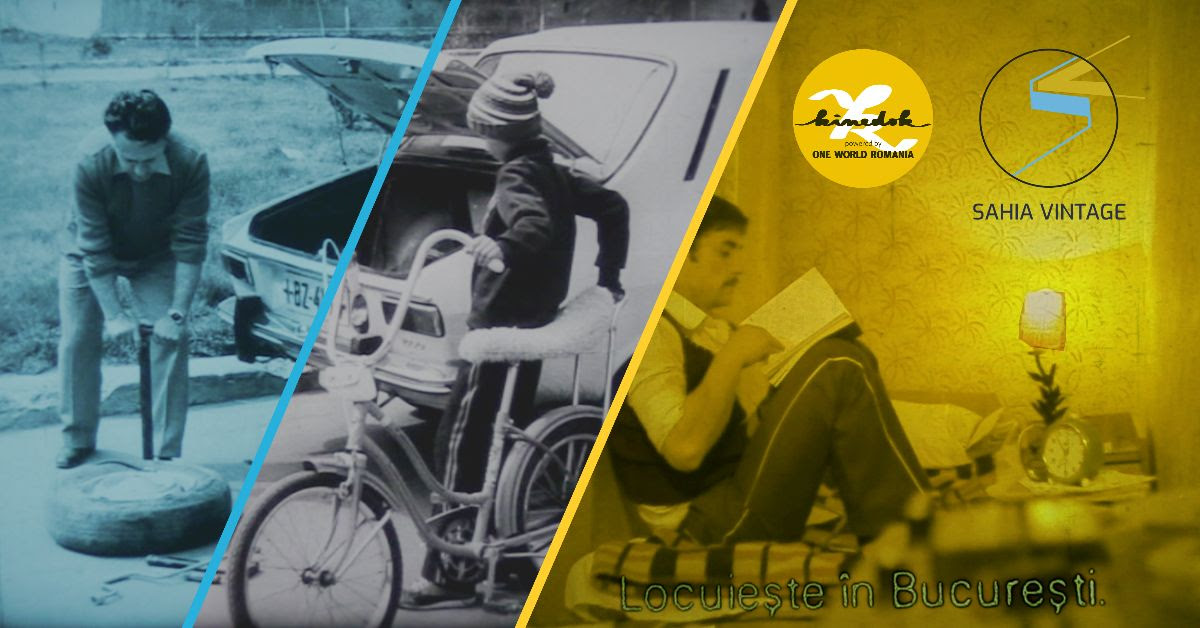 deanu (the project curator), Alex Axinte (architect) and Bogdan Iancu (anthropologist) on the topic of the transformations that the houses underwent during the socialist period in Romania and how these changes were caught on film in these Sahia documentaries.
The online events continue with a film which ingeniously uses the archives of the Sahia studio and which is one of the highly appreciated titles in the KieDok catalogue this year.  The Distance Between Me and Me / Distanța dintre mine și mine will be streamed live on Thursday, November 12, from 18:00. The screening will be followed by a discussion with the film crew – the filmmak
ers Dana Bunescu and Mona Nicoară and the producer Ada Solomon.
The “Octavian Goga” County Library in Cluj will also organize an online streaming program. On November 12 the film Srbenka (NebojšaSlijepčević, Croatia, 2018) will be streamed and on November 26, Getto Balboa (Arpad Bogdan, Hungary, 2018). Keep an eye on their Facebook page.
In November, the film lovers will also have the chance to watch again one of the audience favourites – Putin`s Witnesses. The film can be watched for free on the KineDok website using the voucher StayhomeWatchkinedok.This event will be followed by a discussion with the film director Vitaly Mansky streamed live on Facebook, on November 26, 2020.
Details: KineDok