We have the winners of the second edition of the screenplay contest: "Write a screenplay for…” organized by the Cinemascop Association with the support of HBO Europe, during the fourth edition of the American Independent Film Festival. Adina Sădeanu and Kirsten Peters won the TV mini-series category with Intangibilul and Maria Avram won the fiction feature film category with S-a întâmplat?
This year`s edition is 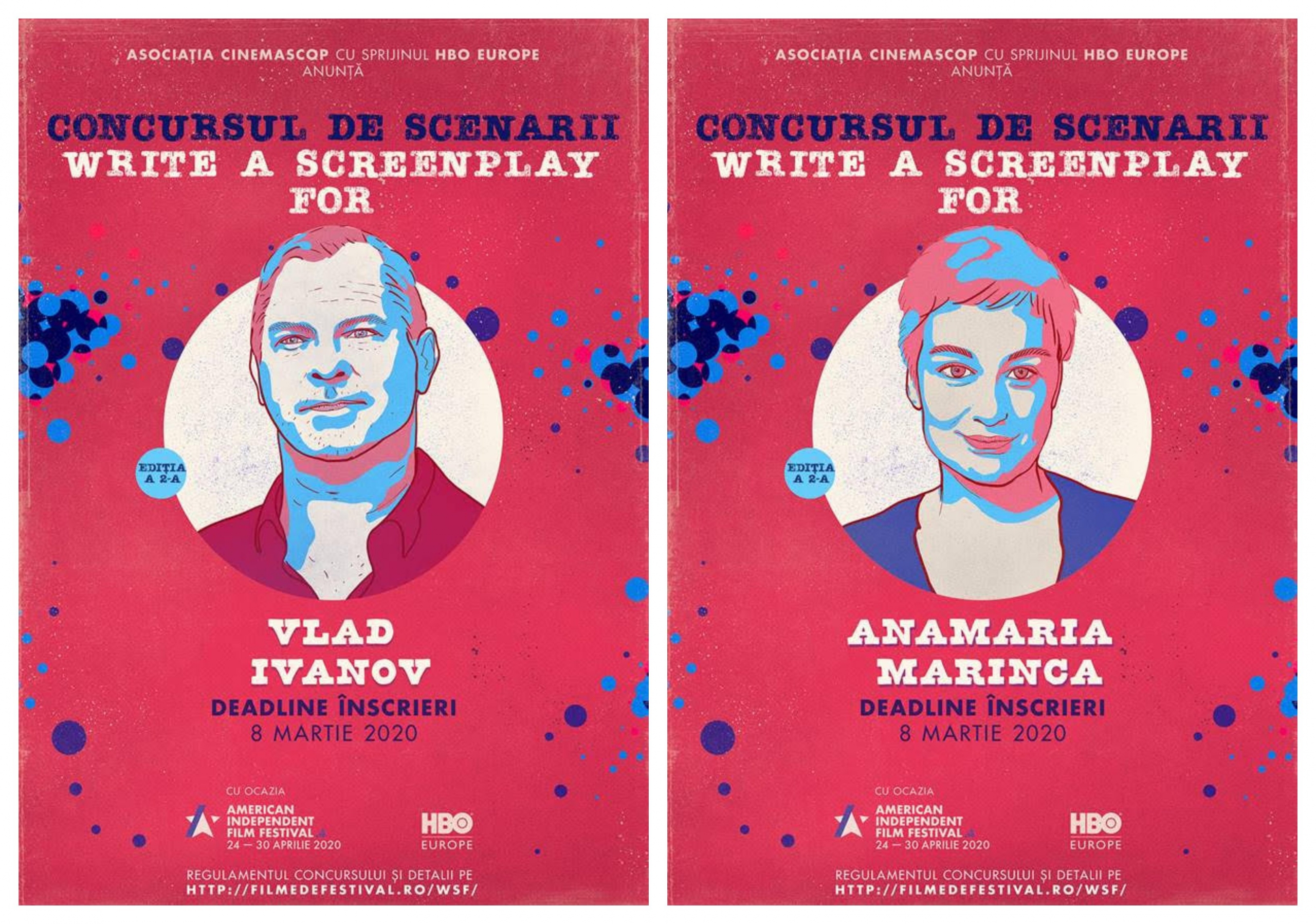 dedicated to the actors Anamaria Marinca and Vlad Ivanov. The outlines were written for fiction feature films or for a TV mini-series of 6 episodes. Both the feature film project and the TV mini-series one were supposed to have either one of the two actors, or both of them playing the main parts. The finalists were announced at the end of April.
The story of the TV mini-series takes place during the Cold War. In a world where ideology is everything, one of the most influential spies of the Eastern Block decides to run away to the West. His reasons have nothing to do with the brutal Communist regime that he had served for so many years. He leaves his family behind and a daughter who adores him, betraying everything he`s known only to get rid of the investigations that put his career and life in danger. In only a few days, the political agenda of Romania and of one great power are turned upside down. The hunter becomes the hunted and the “king” becomes a mere pawn in the political games of history.
The feature film tells the story of two teachers who face a difficult situation when a girl accuses one of her colleagues of sexual assault, during a school trip. When one of them trusts the girl`s story and the other one only tries to avoid a scandal, an impossible situation occurs, in which each person that is involved offers a different story and a different solution and a compromise seems impossible.
The first edition of the contest “Write a Screenplay for…” took place last year and was dedicated to the Romanian-born American actor – Sebastian Stan. Last year`s winning projects were developed to the final draft stage and HBO continues working on Alex Molico`s winning TV mini-series, URUC.