From September 14 to 20, the American Independent Film festival returns with its fourth edition and brings a selection of recent American independent films released in the big international festivals, such as Sundance, Cannes, New York, Tribeca, Telluride, Venice, Toronto alongside sections, special screenings and online meetings with established directors and beginners.
In the present context 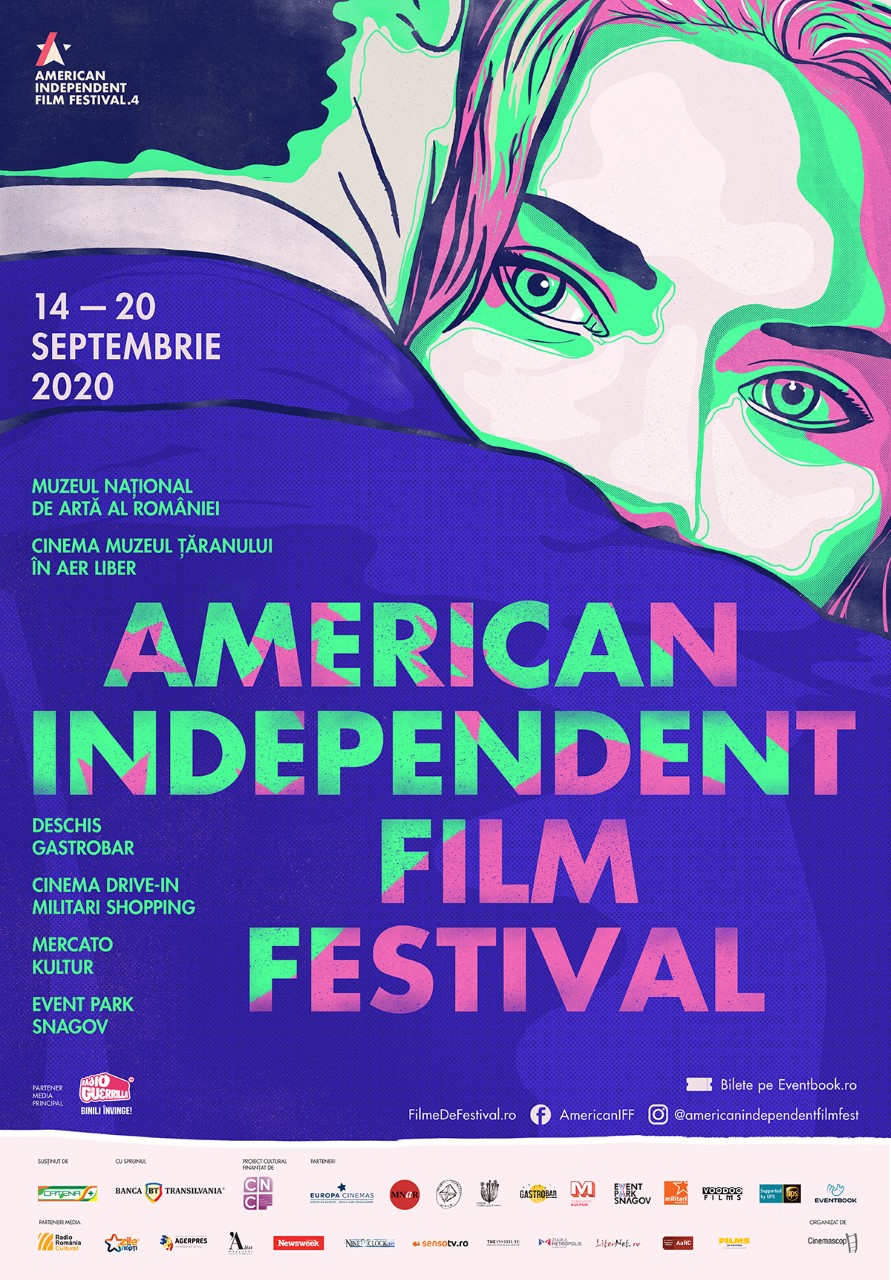 caused by the Covid-19 pandemic, the American Independent Film Festival which usually takes place in spring will organize its 4th edition in autumn, from September 14 to 20. The open-air screenings will take place at the National Art Museum, the Romanian Peasant Museum Cinema, DEschisGastrobar, Mercato Kultur, Militari Shopping Drive-in Cinema and Event Park Snagov.
This year, the festival organizes the special section “Double Bill Benh Zeitlin”, dedicated to one of the most original and creative young filmmakers of the moment. Seven years ago, Beasts of the Southern Wild, his jaw-dropping debut became the film story of the year and it brought him the Great Jury Prize in Sundance, the Camera D`Or Award in Cannes and two Oscar nominations. This huge success was all the more surprising as it was made with a minimal budget and with nonprofessional actors, mostly children. What followed after this huge success was even more unconventional. Instead of using the admiration wave that he was on, Seitlin slowed the pace: he went back to work and he didn’t stop but after seven years. Wendy, his second film, is a free re-interpretation of Peter Pan, with a cast full of children who make their debut in acting.
The screenings of his films will be followed by two online meetings with the director, a Q&A session on September 18 and a masterclass held online, on September 19.
The American screenwriter, director and composer Benh Zeitlin lives in New Orleans, Louisiana. His filmography includes Beasts of the Southern Wild (which has 4 Oscar nominations), Wendy and the short film Glory at Sea.