Weekend at the Peasant Museum Cinema 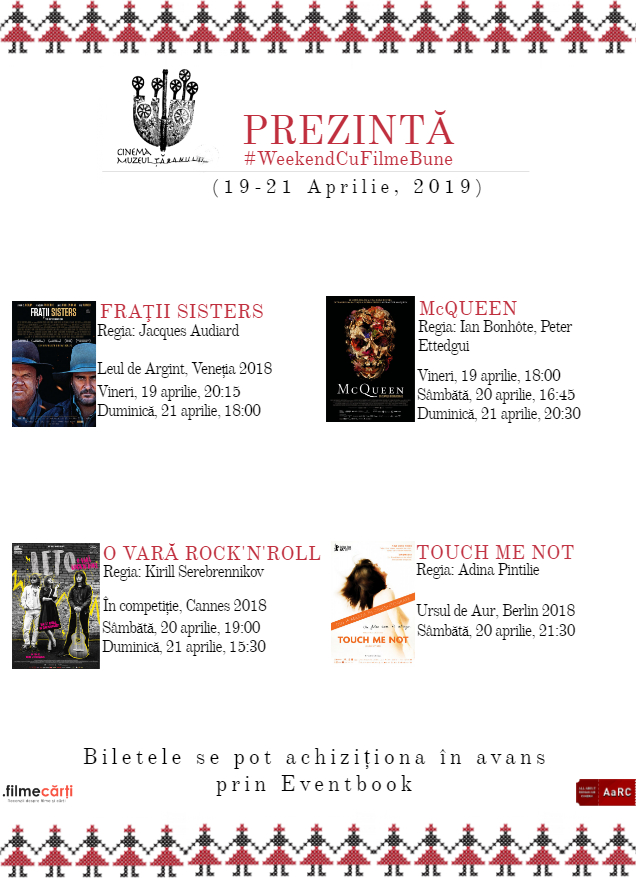 Summer (directed by Kirill Serebrennikov) and Touch Me Not (directed by Adina Pintilie).
The Touch Me Not screening willtake place on April 20, at 21:30 and it will be followed by a discussion with the film producer, Bianca Oana.
Details: Facebook