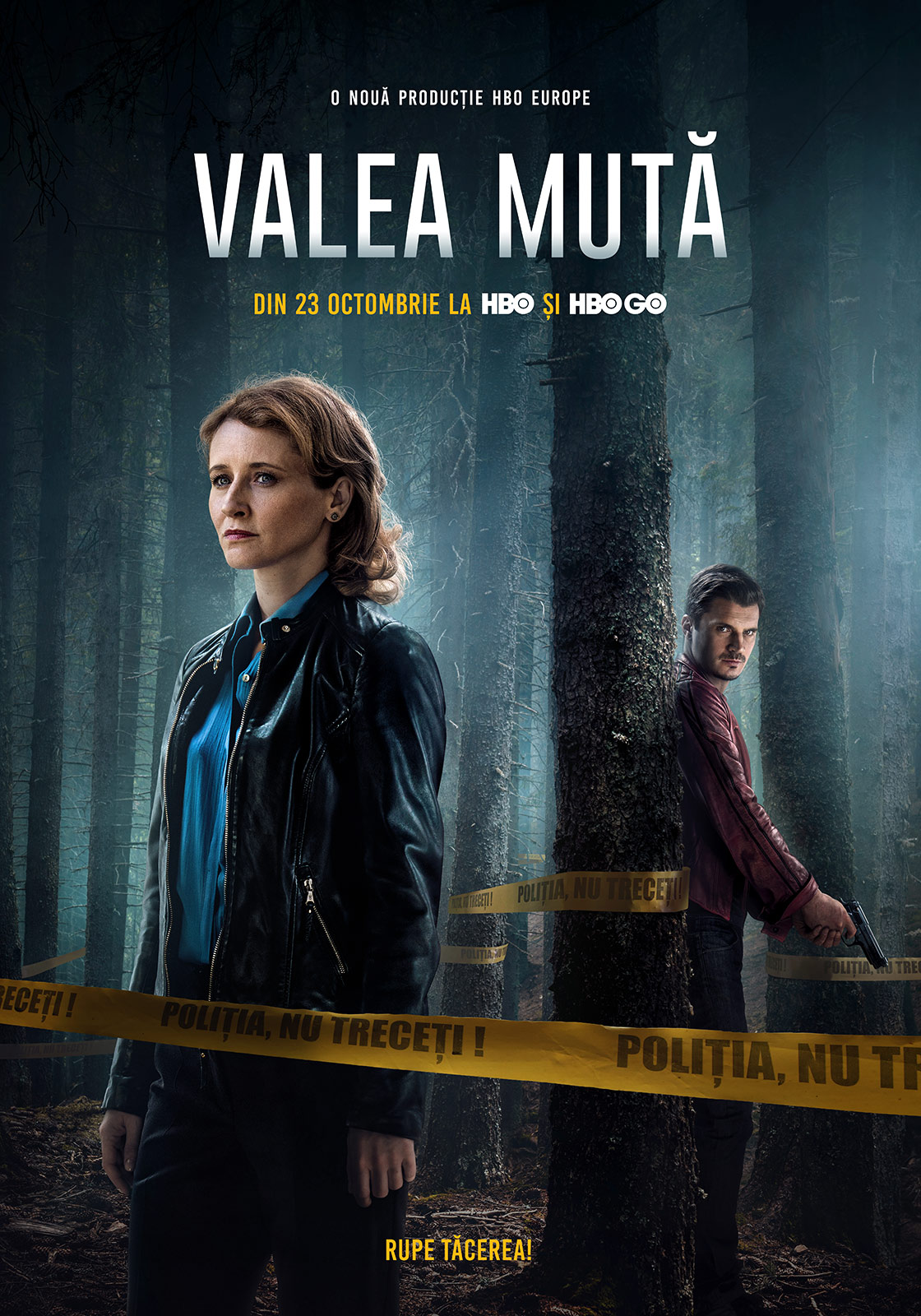 Valea mută/Silent Valley, the new HBO Europe production made in Romania, was selected to the Serial Day & Night section at the 22nd Edition of the Geneva Tous Ecrans International Film Festival, to take place in the first half of November. The series will be also broadcast in the other European countries where HBO is present.
The first of the series' four episodes will be broadcast at HBO on 23 October, from 20:00, and will be available without subscription on HBO GO. The following three episodes will be broadcast one once a week, every Sunday. Silent Valley explores the relationship between two teenagers oscillating between friendship and attraction, while caught in a series of events putting them in danger: they become witnesses to some crimes committed in a forest near Brașov. In the leading roles of the new HBO Europe production star actors: Theodor Șoptelea and Vlad Bălan, Rodica Lazăr,Emilian Oprea.The cast of the series also stars Corneliu Ulici, Alexandra Fasolă, Ovidiu Niculescu, Mihai Călin, Alina Berzunțeanu, Mihaela Trofimov, Remus Mărgineanu, Ioan Tiberiu Dobrică.
The directing was signed by Marian Crișan, and the cinematography by Tudor Mircea. Silent Valley is an adaptation of a Norwegian format, Øyevitne/Eye Witness, with a screenplay signed by Christian Barna. The shooting took 48 days and were mostly set on location in Brașov County. The HBO team involved in making and producing the series is made of Johnathan Young and Steve Matthews, executive producers with HBO Europe, Andra Radu, creative producer with HBO România, and Alina David, producer with HBO România. The production house of Silent Valley series is Castel Film, represented by Bogdan Moncea.
Details: hbo.ro