We live in a country of paradoxes and the cinema is no exception to the rule. It couldn`t be otherwise. While professional directors, acclaimed all over the world like Puiu sau Mungiu, struggle hard to put together money for their productions and they can hardly make a film every five years, the films made by amateurs. become more and more. Basically, there is nothing wrong about it. Everybody has his/ her right to have a 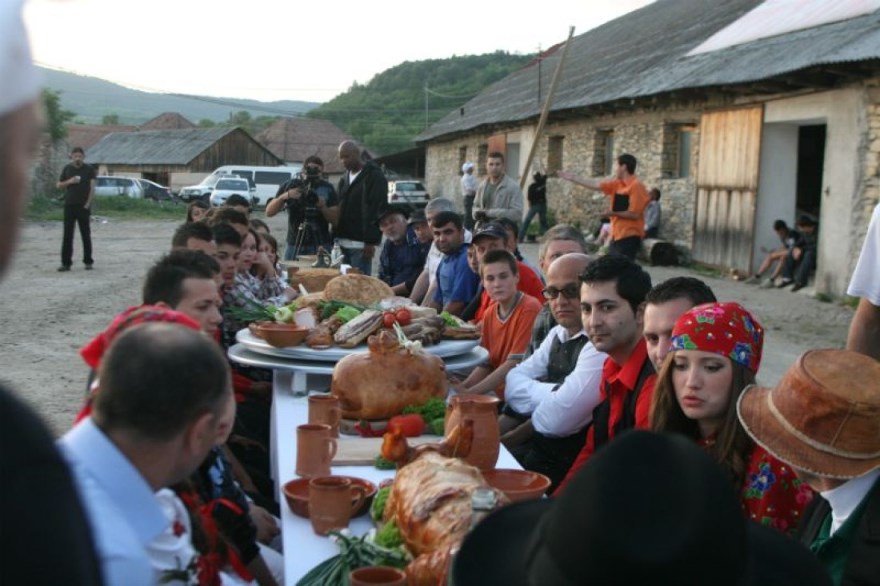 hobby - and why not – even more.
And since the technique became so permissive (I`m not saying high standard, because the films made with the phone or with the tablet can hardly be called art), anybody is free to play, for free or using few money, involving relatives, friends and neighbors. 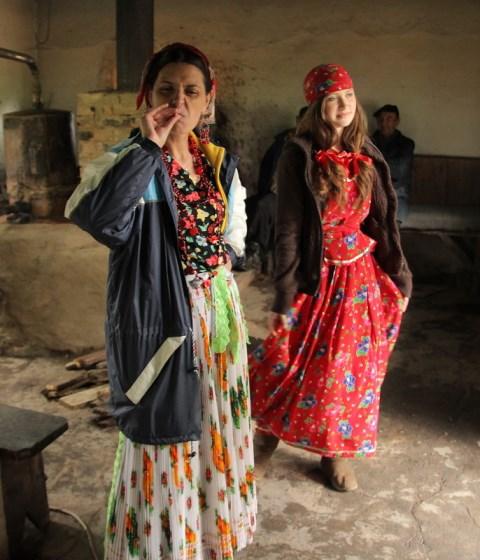 The problem is that the amateurs who brought their productions on the big screen these last few years – for instance Toma Enache with I`m not Famous but I`m Aromanian, Kiki Vasilescu with Therapy for murder, Delia Antal with D’Ora or Mihai Mihăescu with Green-eyed girl  – thought about themselves that they made it to the fellowship of the Filmmakers, they take themselves too seriously and they even try to teach lessons. If that arrogance weren`t there, it could be really touching to see these occasional filmmakers be so ignorant and careless about the most basic rules (continuity or reverse cut, for instance).
Though it belongs to the category of the films made by amateurs who put forth a feeler, Transylvanian Garlic has a certain something else because its filmmakers – a TV editor as its director, editor and producer, Lucian Alexandrescu and a blogger for the screenwriter and co-producer, Radu Bazavan, called Groparu` - played with the idea of being filmmakers and are not embarrassed to make us understand that.
Transylvanian Garlic is a soft comedy that reminds us of Kusturica, which starts off with an unsolid story of rivalry between two gypsy clans from Zalău 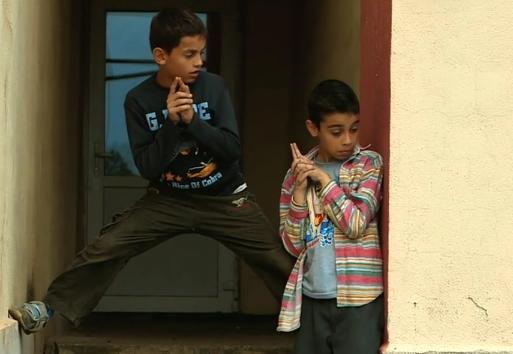 area, which despite their blood connections had and still have something to fight on. And what is that?  Of course – money. The Garlic clan is rich, while the Onion clan is poor. The conflict sharpens when a young man from the poor family falls in love with a girl from the rich family and wants to marry her.
The catalysts of the action are two boys (one of them is the groom-to-be`s brother); we find out the entire story from them and they think they found a solution. They run away from home and go to Cluj in order to become actors, because this is what they found out from watching TV: only the politicians, the football players and the actors strike it rich. Things start turning topsy-turvy and the ones that are involved are: the members of the two clans, a raisonneur called Ciarli Ciaplin, a fake fortune teller, a cook, the ticket seller of a Cluj cinema, a few policemen and the buck Pepe as the pet.

The filmmakers played by presenting us a combination of pseudo-reportage where the characters speak directly to the camera and acted scenes, with a cast that brings amateur actors of gypsy origin (most of them) who are perfectly natural together with  professional actresses (Elena Ivanca and Ileana Negru from the National Theatre in Cluj) who know how to act as gypsy women very well and with people that play themselves (the chef from Sălaj, Mircea Groza). They all contributed to making this film. Ionuţ Turda, a self-taught director of photography signed the cinematography, edited the film together with Lucian Alexandrescu, was the first assistant director and also played the character Trandafir, the penniless groom. Mircea Groza was in charge of the logistics and of the feeding of the crew. The actress Elena Ivanca took care of the make up of the other actors and chose the costumes for the characters.
All of them enjoyed playing and they did it out of their love for Transylvania. The marketing campaign fully exploited this thing – “the first independent film produced exclusively in Transylvania” – which locally worked very well (at the Florin Piersic Cinema in Cluj – where it was on for more weeks in a row, sold more tickets than the Oscar-winning The Revenant (!?!?). But if we want to talk about “the most Transylvanian film that has been made so far”, I believe Marian Crişan will have a say in this.
*Groparu` = Grave Digger (groparu.ro)