The documentary Timebox  will be released in the Romanian cinemas on December 6. The premiere will take place at the Elvire Popesco Cinema, in the presence of the director  Nora Agapi and of the producer, Monica Lăzurean-Gorgan, on Friday, December 6, starting with 18:30. 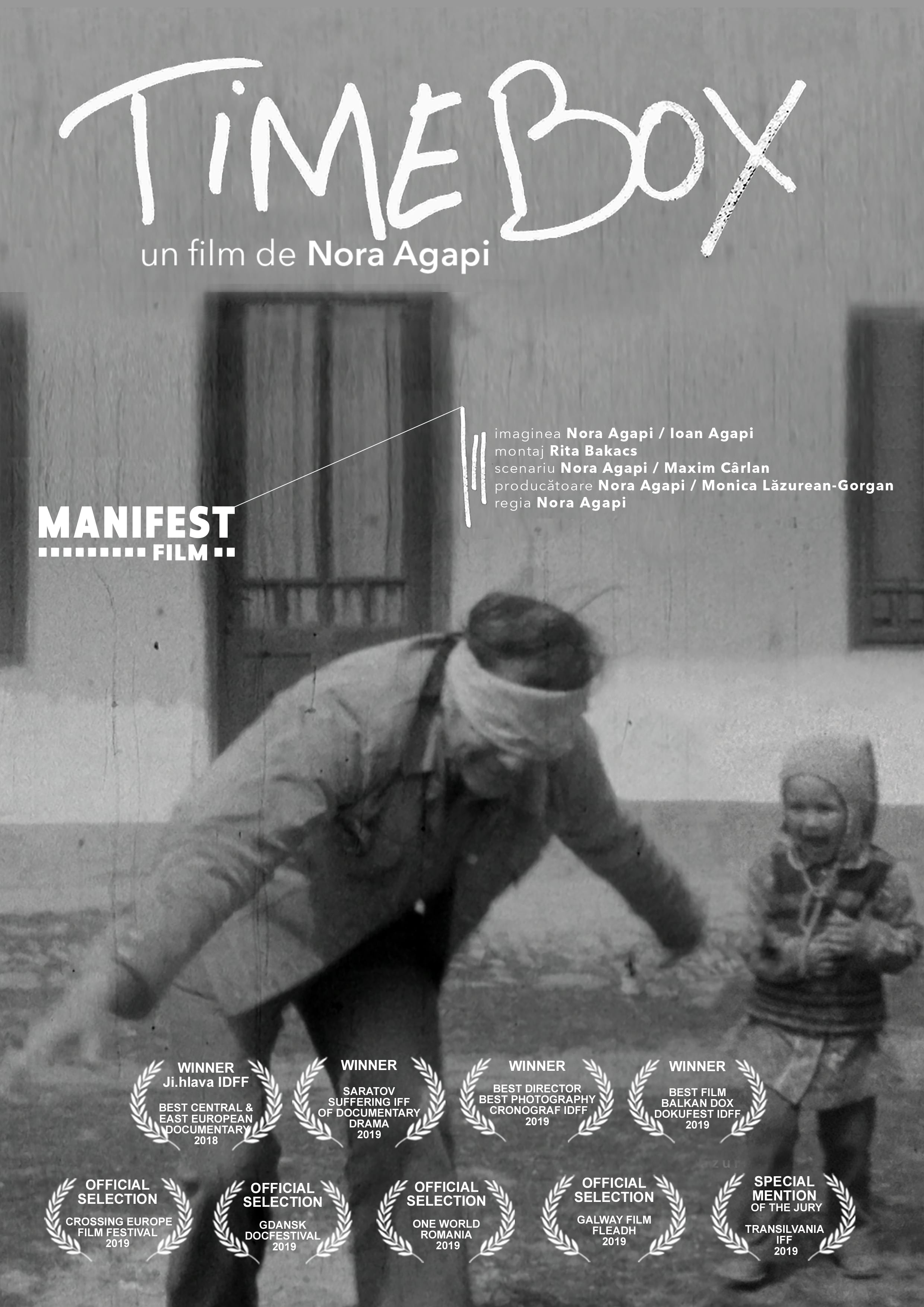 The film was awarded during more international festivals, among which the International Documentary Film Festival in Jihlava where it received the Best Documentary Film in the Between the Seas competition, TIFF 2019, where it received a special mention of the jury and Dokufest IDFF in Kosovo, where it received the Best Film Award (in the Balkan Dox competition).
Beyond the profound personal involvement, the documentary explores the power of memory. The excursions in the past made through archive footage are almost fictional and the philosophical and political implications raise questions that go beyond the story itself.
The films made by Ioan Matei Agapi in the city of Iași, during a 40 years period of time, represent the biggest personal archive to the day in Romania, shot on film. It includes images with party meetings and internal parties, unknown images with Ceaușescu and Ion Iliescu and also with the Agapi family. The entire archive contains

21,000 meters of film, which translates into 35 hours of material shot between 1960 and 1990.
The director Nora Agapi, who shot for four years for this documentary, confessed that initially, the documentary was intended to be a portrait-film about her father, using his archive "as an essay supporting the tribute I wanted to pay through the story. But the sudden decision of the authorities from the Iași City Hall to evacuate him from his home and to move him with his considerable film archive to unsuitable spaces, forced me to see reality in a different way and the film took an unexpected turn."
The film is directed by Nora Agapi, produced by Monica Lăzurean-Gorgan and Nora Agapi, with the Manifest Film production company and suported by Radio Guerrilla, AaRC.ro, Mega Image, Dacin Sara and the Romanian Filmmakers Union.
Details: Timebox FB

The program of the screenings in Bucharest: