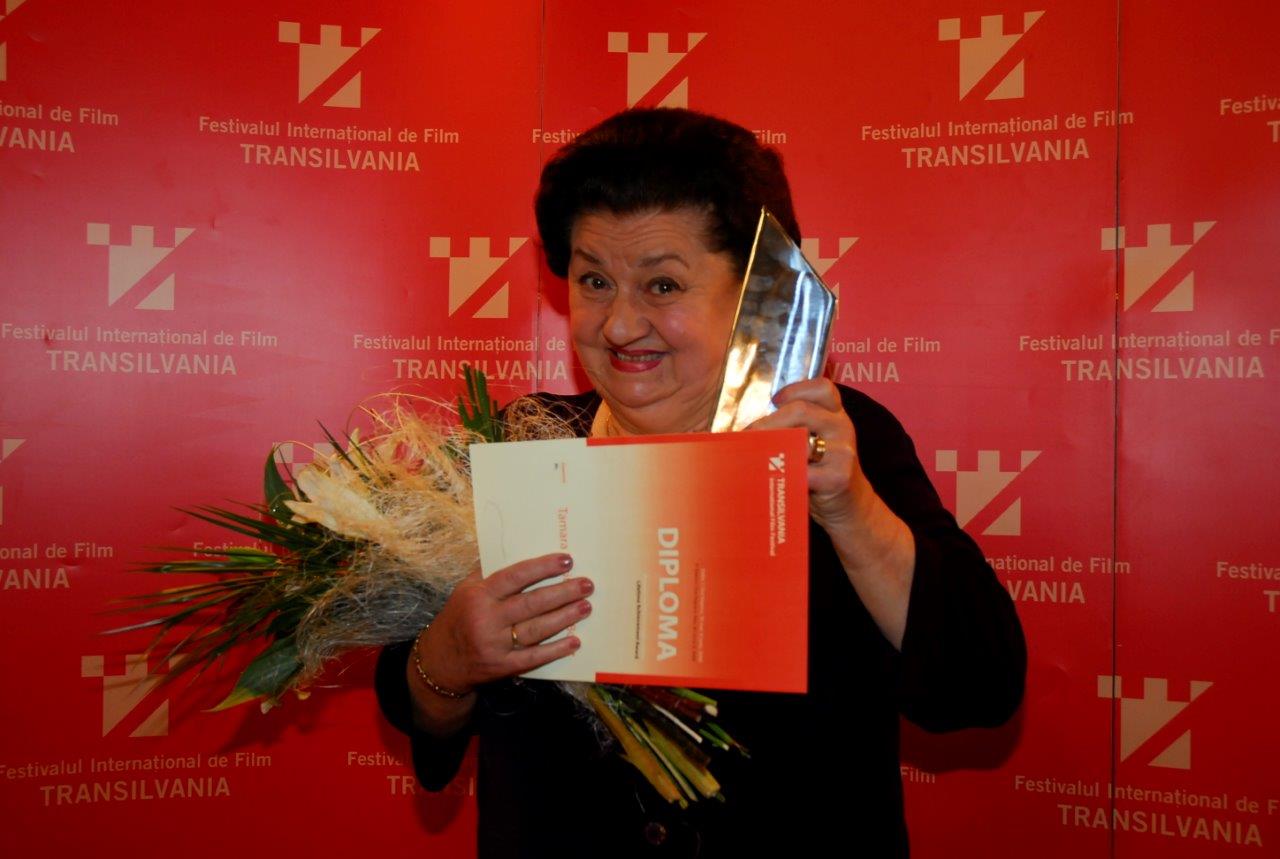 The actress, aged 86, will be granted an Excellence Award for Lifelong Artistic Activity at the 10th edition of TIFF Sibiu, on Saturday, 25 June, from 22.00, in Piața Mare (Grand Square) of Sibiu, and one of the films that marked her career will be screened: Cuibul de viespi/A Wasps' Nest (1986), by Horea Popescu.
A landmark name within the golden generation of Romanian actors, Tamara Buciuceanu-Botez played in over 40 cinema productions. Born in Tighina (Republic of Moldova), on 10 august 1929, she started her acting studies in Iași and graduated in Bucharest at the Theatre Institute, in 1952. She acted on all the great stages of our capital city – Odeon Theatre (former Giuleşti), Comedy Theatre, Bulandra Theatre, the National Theatre or the Operetta Theatre. She lent her voice to famous characters in animations and radio shows.
Sibiu film lovers will have the opportunity to meet, also in Piața Mare, a part of the crew of the feature Două lozuri/Two Lottery Tickets. The film will be screened on Thursday, 23 June, from 22.00, the event being attended by director Paul Negoescu, director of photography Ana Drăghici, and actor Dorian Boguță.
On Saturday, 25 June, director Cătălin Mitulescu and actress Ada Condeescu will attend the screening of Dincolo de calea ferată/By the Rails, from 20.00, at the Gong Theatre. On Thursday, at the same hour, Sibiu residents may view the film Afacerea Est/Eastern Business, with director Igor Cobileanski and producer Iuliana Tarnovețchi in attendance.
Details at: Tiff.ro