“Spiral”, directed by Cecília Felméri, won the Special Award of the Jury at Thessaloniki

Spiral/ Spirala, the first feature debut directed by Cecília Felméri, received the Special Award of the Jury (ex aequo) in the Meet the Neighbors section of the 61st edition of the Thessaloniki International Film Festival. Featuring the actors 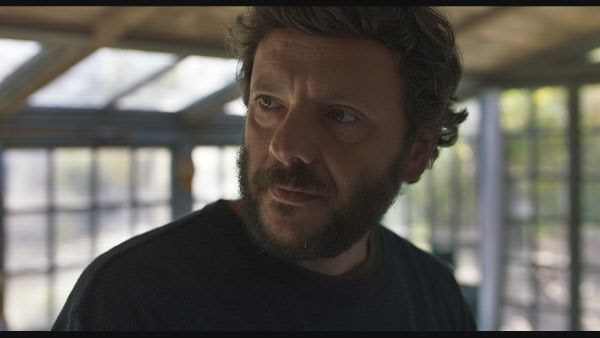 Bogdan Dumitrache, Alexandra Borbély and Diána Magdolna Kiss, Spiral is an intense psychological drama about the difficulty of leaving the past behind. The film is scheduled to be released in Romania in the spring of 2021.
“Spiral has an excellent cinematography and solid acting which explores the human suffering with attention and lots of sensibility. Though it would normally be a difficult film to balance because the protagonist and antagonist are the same person, Cecília Felméri handles, with great subtlety, the metaphors about mourning and loss, couple and life relationship” the jury`s argumentation.
The film that received, ex aequo, the same award at Thessaloniki is Luxor, by Zeina Durra (Egypt). “Both films, Spiral and Luxor, successfully illustrate, cinematically and picturally, the healing process of two people who try to get over a terrible suffering” was the explanation of the jury made of the directors Joana Hadjithomas and Svetla Tsotsorkova and the cinematographer Michael Paleodimos
This is the second important award that the film received this autumn, after the Special Mention of the Jury in the Competition 1-2 at the Warsaw International Film Festival, where Spiral had the world premiere. The film festival journey continues with the Cairo Film Festival (November 19-29), in the competition section Critics Week.
Spiral was shot near Budapest, based on a screenplay written by Cecília Felméri and it is produced by Inforg-M & M Film (Hungary) and Hai-Hui Entertainment (Romania). The actor Bogdan Dumitrache, who plays the main part and who learned the lines in Hungarian with the help of a language coach is joined by two of the most appreciated Magyar actresses of the new generation. Alexandra Borbély won the Best Actress Award of the European Film Academy for the part she played in On Body and Soul and Diána Magdolna Kiss played in films such as Tall Tales, White God, Le Grand Cahier.
Spiral is a psychological drama about the difficulty of leaving the past behind and about how the ways our life is profoundly connected to the cycles of nature. Bence and Janka have a house by a lake and they live out of the tax that the people who want to fish here need to pay. Everything seems to go smoothly in this apparent paradise, but their relationship starts deteriorating and strangely enough, the life around the lake starts deteriorating as well.
The film is made with the support of the National Film Institute of Hungary, of the Romanian Film Centre and of Eurimages.
Details: Libra Film