The loneliness of the ultimate moment: ”Carmen” - film review 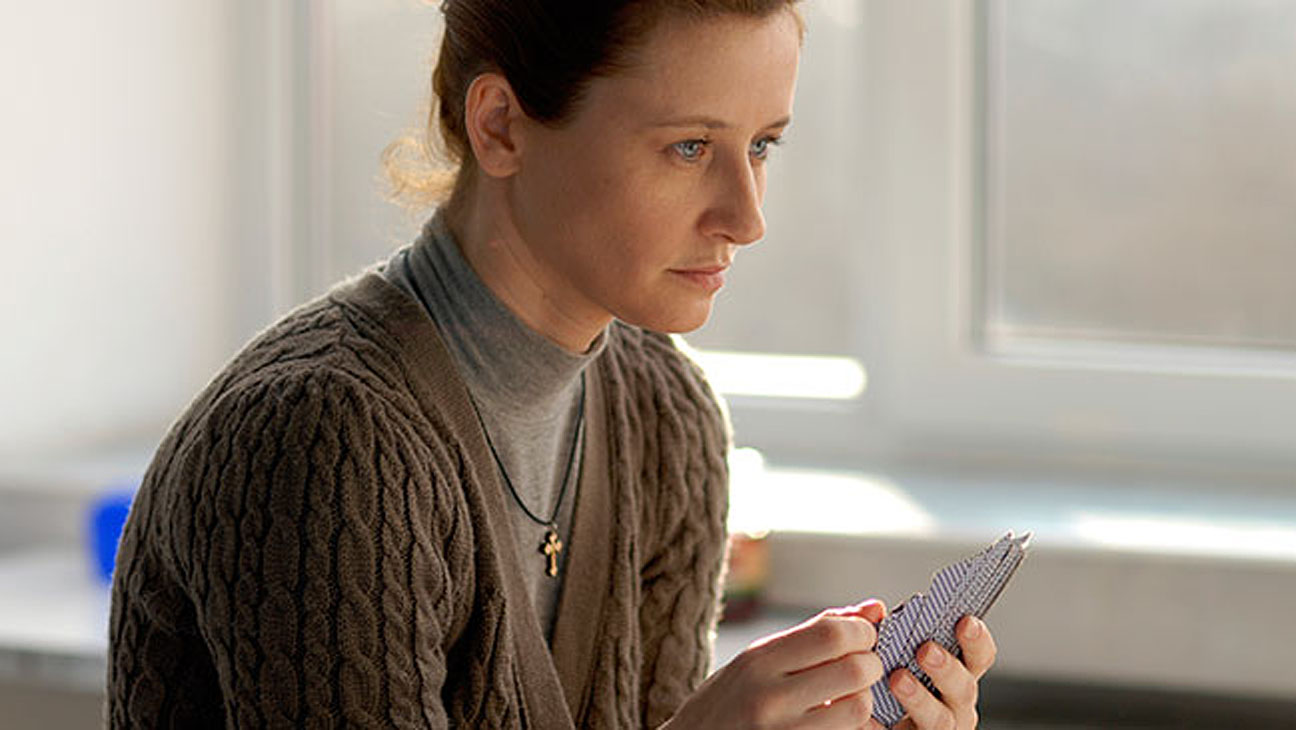 The fact that such a painful story – a little girl with cancer is fighting death, but her mother`s love and the doctors`efforts can`t save her – may generate a film that is so discreet, so balanced, with no touch of melodrama is truly remarkable.The idea of the script belonged to Cătălin Cocriş, a young director who died at 35 years old, to whom the film is dedicated. He had taken his inspiration from a true story. The little girl who is mentioned in the credits at the end of the film was called Carmen. The director Doru Niţescu and the screenwriter Tudor Voican (who had worked with Cocriş for Bless you, Prison) took up the idea.The temptation to compare Doru Niţescu`s film with The Death of Mr. Lăzărescu is big and the first one is not at all at a disadvantage. They both follow some people`s inexorable way towards death. The actions of both films happen mostly inside the hospital. They both subsidiarily tackle the problem of the pacient-doctor relationship and of the medical deontology. And the resemblance stops here. The main difference is that while Cristi Puiu`s film focuses on the hospital environment, on the neverending going to-and-fro down the hallways, on the hustle and bustle in the doctors`offices, Lăzărescu becoming almost an object passing from one hand to the other, 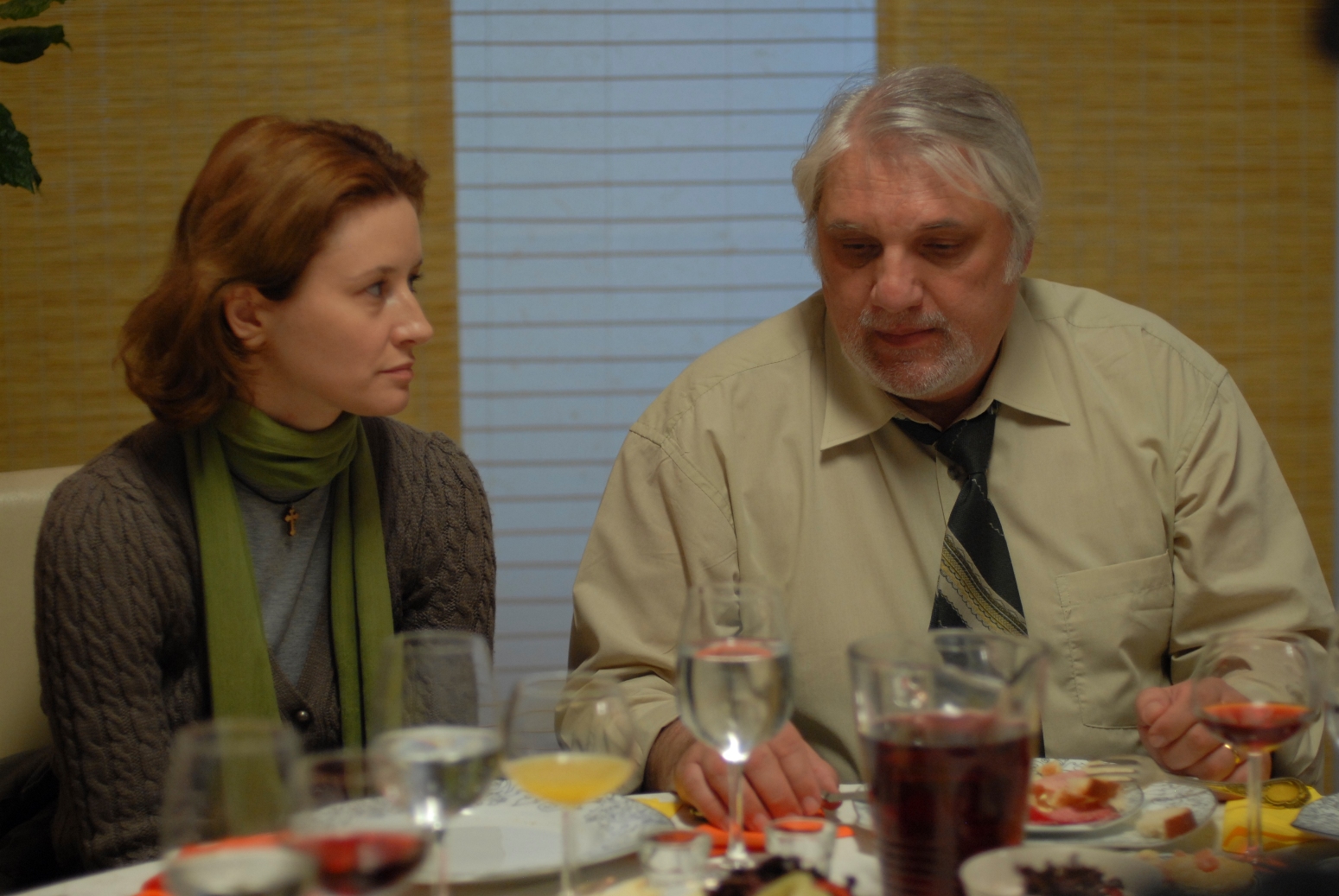 Carmen is a psychological film where you can see a mother in despair for feeling how her child`s life is slipping through her fingers.Lăzărescu is surrounded by agitation and noise, while in Carmen the silence and the loneliness rule everything. The few supporting roles – a husband/father overwhelmed by the situation, a doctor willing to try the impossible risking his career, a chief doctor who has a different opinion, a mother whose little boy is in a critical situation that he overcomes in the end – burst in transiently and somewhat embarassed in the desert of the pain that sorrounds the two main characters – Mariana and her daughter, Carmen. A silent, but not resigned pain  – „My little girl won`t die” Mariana keeps repeating clenching her teeth. 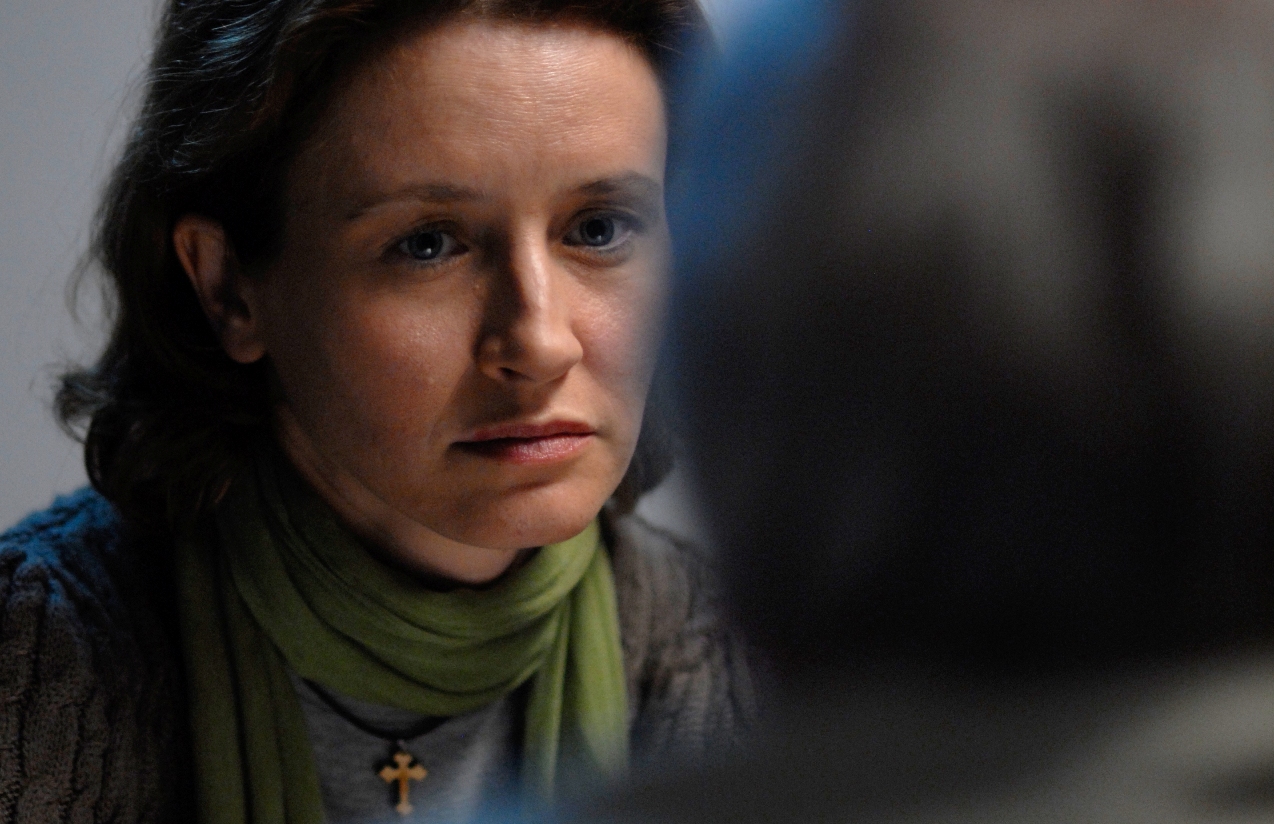 It`s a difficult, devastating part for Rodica Lazăr who is almost all the time in front of the camera and who has been trying really hard recently to show us all that she can do (leading role in Live, Ramona, Carmen; supporting role in Travelling to Paris only with the ID). And she can do quite a lot! Alongside her we can see Adrian Titieni, who is excellent, like usually, who plays a doctor, totally different from the one in Lăzărescu; Mimi Brănescu who is unrecognisable as the helpless husband, who looks like being dragged by Mariana; Maia Morgenstern who is tough, but mildly dramatic and especially the little girl, Iulia Lupaşcu, the leading role, who - if she confirms and if she wants to – she has everything it takes to become a good actress.
What sticks with you obsessively is the frail figure of this strong woman who doen`t shed a tear, who is lost in the white geometry of an empty space that continues somehow her inner devastation. The final sequence is heartbreaking: a Mater Dolorosa that the dark of the last frame of the film befalls upon. 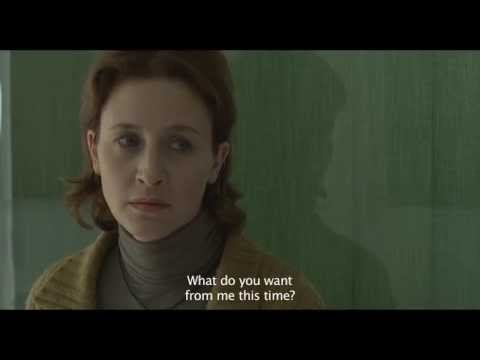