“Servants”, awarded for Best Soundtrack at the Gent Film Festival

Servants/ Servitorii, directed by Ivan Ostrochovský, a noir about the collaboration of the priests with the secret police, featuring Vlad Ivanov, continues to gather important awards in its festival journey. The Romanian premiere of the film, 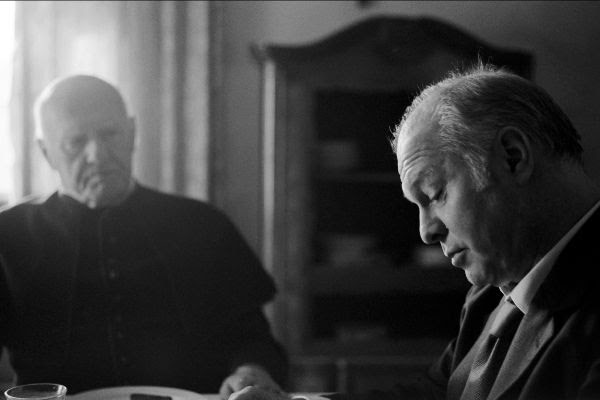 organized by Transilvania Film for October 16, 2020, was postponed until the reopening of the cinema halls.
On October 23, 2020, Servants received the Georges Delerue Award for Best Soundtrack/Sound Design at the 47th edition of the Gent Film Festival, one of the biggest European film festivals, an event that celebrates the film music composers and which gives awards for the best soundtracks. This award went to the composers Cristian Lolea and Miroslav Tóth and to the sound designer Michal Novinski.
Cristian Lolea composed original music for 20 films, his approach covering a wide range, from minimalist themes to fusion between symphonic, industrial and electronic music. The composer received the Gopo Award for Best Soundtrack for the film An Angel Hooked on Me / Îngerul necesar (2008) and the Romanian Filmmakers Union for Carmen (2016) and Orizont (2017).
“The sound, the cinematography and the story are very carefully built and each cinematic element functions at the highest level. The ominous music on the soundtrack and the heavy sound support the images in a unique, modern and often distorted way, taking the entire work beyond excellency.” the jury mentioned.
This week end, Servants also received the Big Prize at the 13th edition of the CinEast Festival from Luxembourg. The event gathers, in a wide selection, the best annual productions from Central and Eastern Europe.
Details: Transilvania Film