In an old boyar house on the Aviatorilor Blvd., Siniša Dragin`s crew prepares to start shooting and is waiting for the road repair workers to finish using the road drill. Even if it`s cold, it`s a bit too much light for what the director wanted. A scene with rain with the actor Răzvan Vasilescu is being carefully prepared, because the water comes from a pump that is set on the roof; the scene is shot in slow motion with an elevated camera. 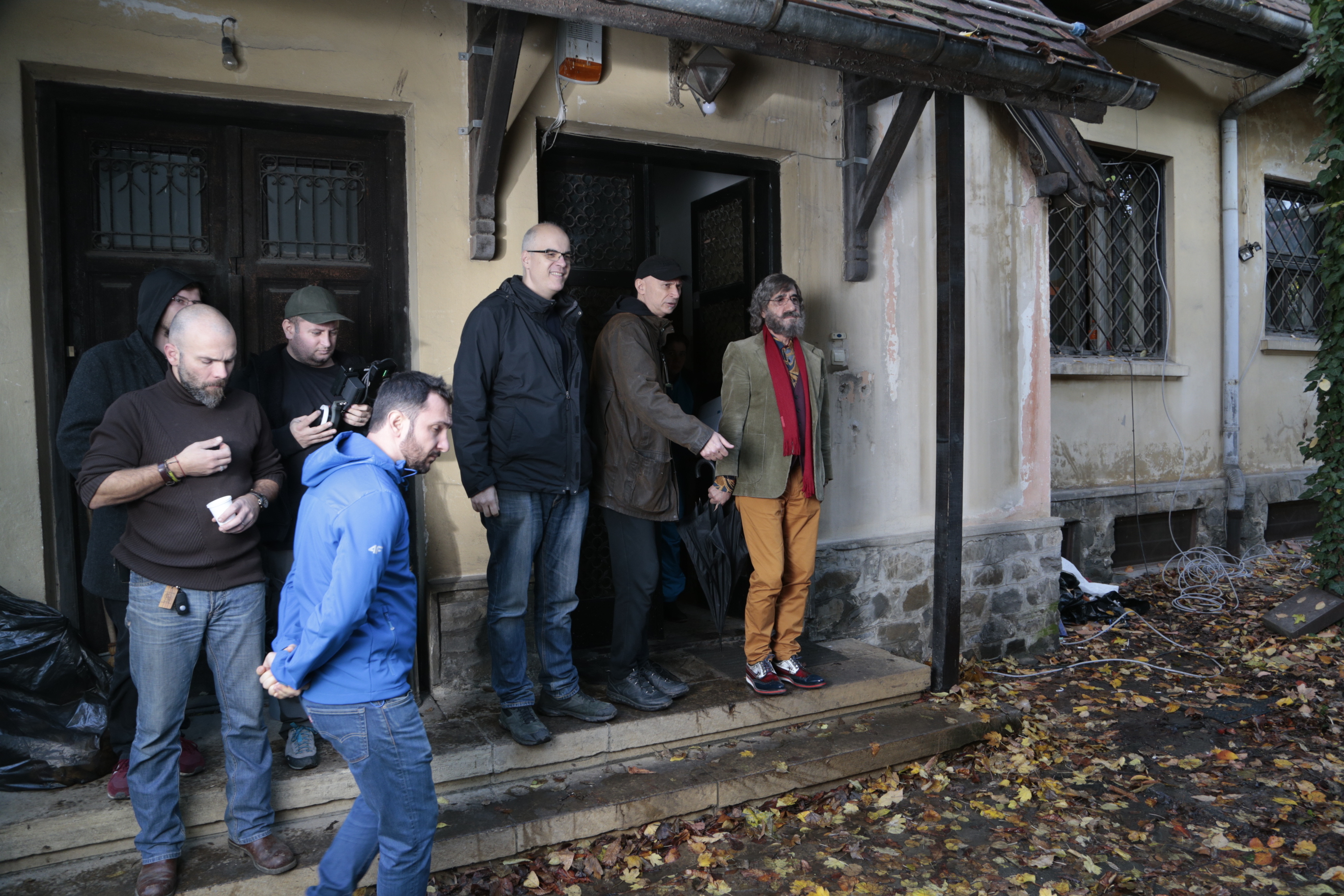 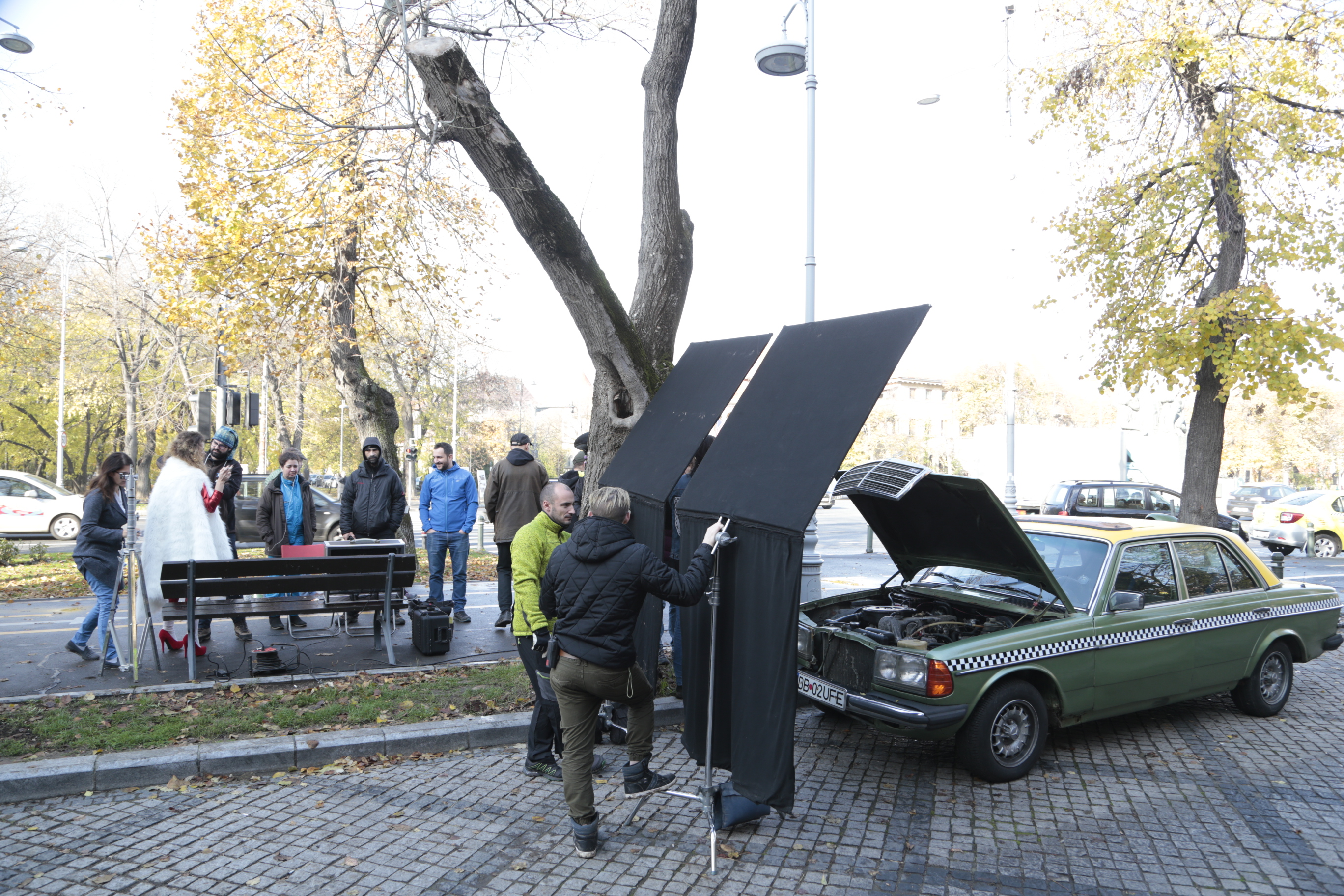 Eugen Oprina, the film cinematographer has to coordinate many people, but he is familiar with Siniša Dragin`s work style.
Secret is a story with plenty of mystery and the director waited for the right moment to finalize his project. He is pleased to be the film producer as well and that he has no constraints.  After shooting he jumps to the editing room, he also has the music ready, so the story grows and changes every day. Răzvan Vasilescu plays George, a strange guy who comes to Bucharest to buy antiquities. Iulia Lumânare is a girl who knows her way about, she`s a luxury prostitute. Ciprian Nicula is a young taxi driver who is a bit naive. And the story spins around these three characters.
Iulia is very thrilled with her character, which is different from what she`s done before. She told us about a difficult scene she had to shoot with a stripper. In building her character, she took her inspiration from the reality of the Sălăjean neighborhood, where she grew up. Ciprian Nicula is at his first important film experience and he feels honored to be part of this project. Răzvan Vasilescu is always in his character, but each take is different, because he changes the range, so the film crew must always stay focused.
Siniša Dragin has a special attraction for this dark world and he preferred to wait until all the production conditions allowed him to make the film the way he wanted.  Cinematography:Valeriu Ciubotaru
Editor: Radu Georgescu
Translation: Iulia Necoara 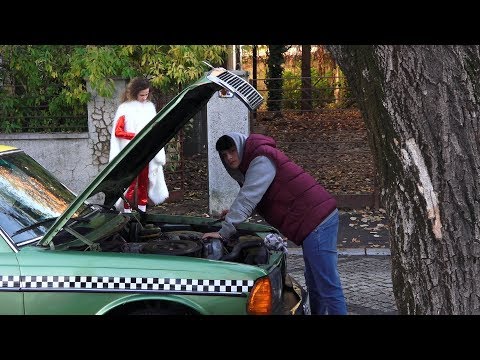