The FILM+ Residency, part of the FILM+ project will take place from October 26 to 31, 2020. This residency is a working, supporting and promoting lab dedicated to the independent low budget film, animation and video-art productions and to the young artists (newly graduates or self-taught) from Romania, Bulgaria, Serbia and Republic of Moldova.
During this residency, the representatives of the 16 projects that were selected in the FILM 2020-2021 programme will be able to attend individual work sessions, work sessions for each section ((Work in Progress Lab, Production Lab, Development Lab, Film + Expanded), as well as common work sessions.
The 5th edition of FILM+ selection includes five feature-length documentaries, two feature films and nine fiction short films.
“The fact that this year`s edition includes more feature-length documentary projects is a premiere that we are very happy about. 2020 was an exceptional year for the Romanian documentary film. It is the first time ever when a documentary represents Romania`s proposal for an Oscar nomination - collective (directed by Alexander Nanau) and also the first time when two Romanian documentaries are in the selection for a nomination for the European Film Academy Awards (collective directed by Alexander Nanau and Acasă, My Home directed by Radu Ciorniciuc – which is also the very first Romanian documentary to have ever received an award at the Sundance Film Festival). The FILM+ participants will have the chance to learn from the experience of the filmmakers Alexander Nanau and Monica Lăzurean-Gorgan”, Ana Drăghici, co-founder FILM+ says.
The tutors of the Film+ 2020 are the filmmakers: Monica Lăzurean-Gorgan, Ada Solomon, Anamaria Antoci, Alex Trăilă, Ana Drăghici, Adrian Sitaru, Tudor Cristian Jurgiu, Paul Negoescu, Roxana Szel, Alexandru Radu and Andrei Gorgan.
As part of a partnership developed with Les Films de Cannes a Bucarest, the FILM+ residents will be able to attend an online masterclass held by the important Japanese filmmaker Naomi Kawase (Sweet Bean, Still the Water, The Mourning Forest). 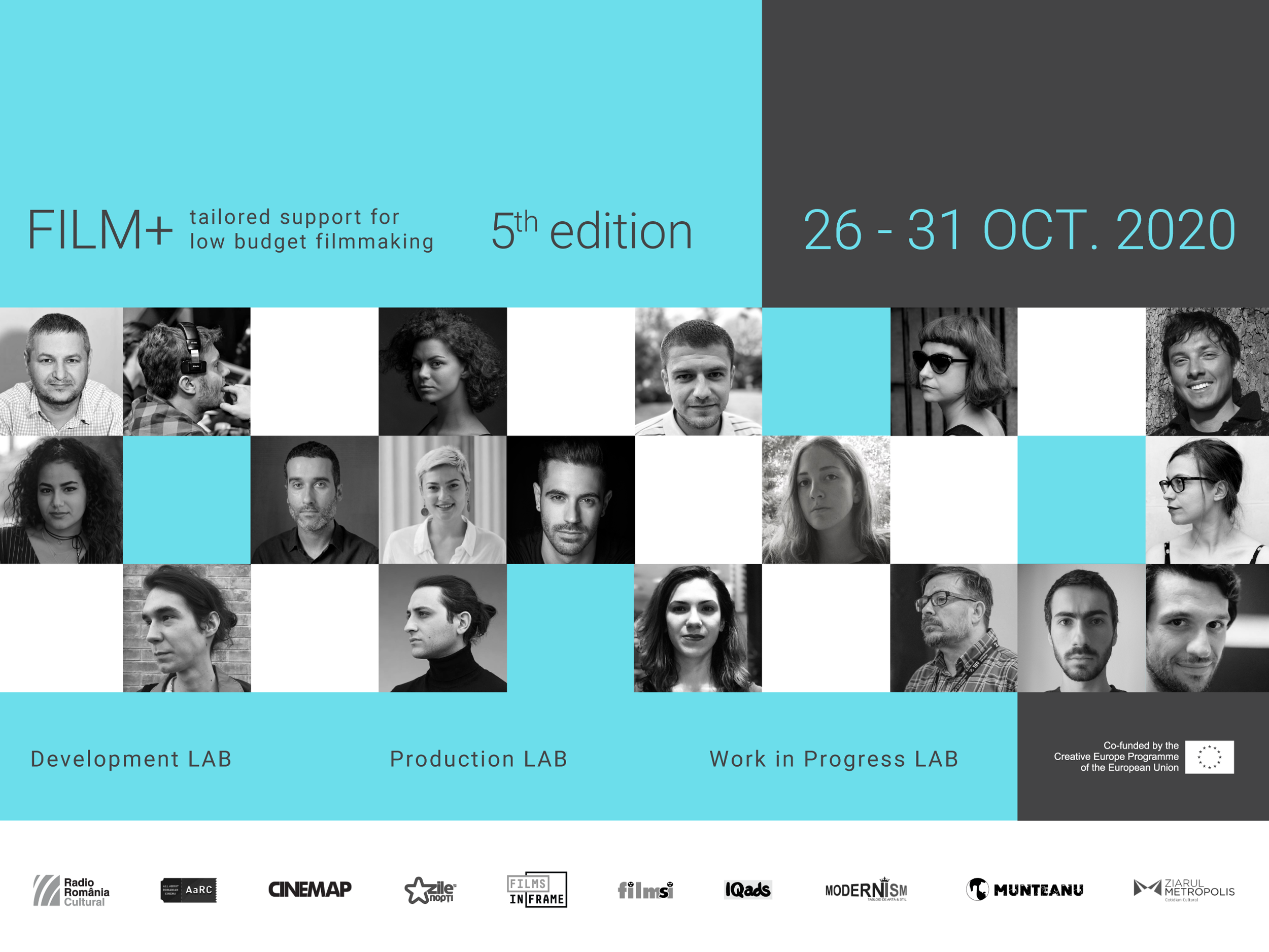 The selected participants and projects are: