The no.4/2019 of the FILM magazine is issued on the days of celebrating 30 years from the Revolution of December 1989, which changed radically the evolution of Romania. So it was obvious that this edition will include the thematic file “The Romanian revolution on screen”, probably the most consistent one so far about the film productions inspired by the event that changed our society. 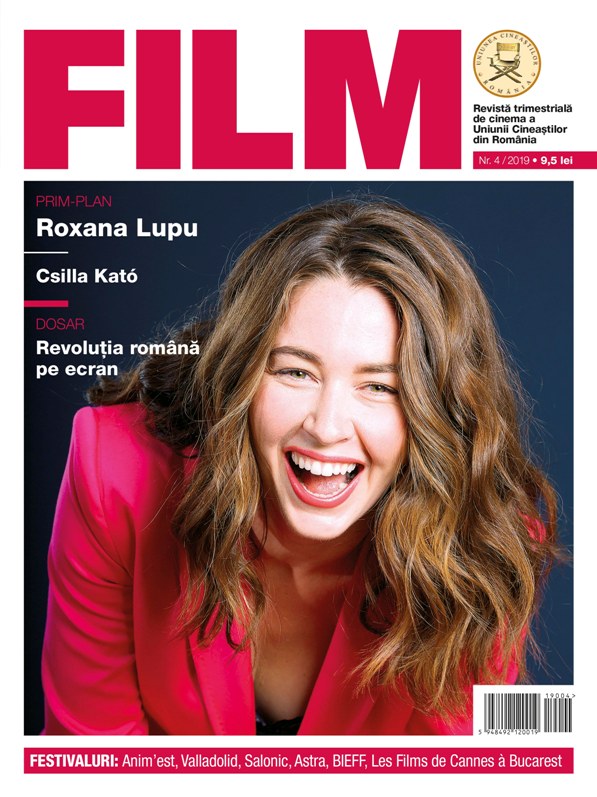 Dana Duma`s article in the preamble of the “Causes and effects”  file justifies the effort of the editorial office by the need of “interpreting the cinematographic approach of <the first revolution aired live> on the screens (TV screens, as they were).” The articles signed by Mihai Fulger, Angelo Mitchievici, Pavel Azap, Marian Sorin Rădulescu, Titus Vîjeu and Andreea Pătru go over, from different perspectives, the films dedicated to the revolution, from 1990 until the present time, feature film, short films, fiction or documentary. What they all have in common is the reflection of the causes and effects of that crucial moment.
The articles of the file follow the evolution of these films, “from a sensationalist-conspiratorial reflection of the Romanian revolution, to a more nuanced one, focusing on the way the event touched individual destinies, configuring a subtle balance between causes and effect.” The successful approaches, signed especially by the filmmakers of the New Romanian cinema (Porumboiu, Muntean, Mitulescu) are often analysed, “for their singular effort to investigate honestly, with adequate film tools, the truth and the multiple truths of the witnesses, victims and actants.”
In his “Journal” column, Laurenţiu Damian reflects on the need to resuscitate a film genre which was brilliantly represented by Elisabeta Bostan or Ion Popescu Gopo, the film for children. The protagonists of the column Close-up” is the actress Roxana Lupu, the leading actress of the recently released film Marie, Queen of Romania / Maria, regina României and Csilla Kató, the artistic director of the ASTRA International Documentary Film Festival in Sibiu; they were both interviewed by Marilena Ilieşiu.
The “Rediscoveries” columnis dedicated to the actor Dragoş Pâslaru (“Dragoş Pâslaru-Father Valerian. Synonym or antonym?”) and to the film Beyond the Sands / Dincolo de nisipuri.
The “Portrait” column is dedicated to one of the most internationally acclaimed Romanian actor, Vlad Ivanov, while in the “Interferences” column, Anca Ioniţă reflects on the relationship theatre-film in the article ”Aglaja-the video image, the dimension of the spectacular space”. The columns “Film review”, “Festivals”, “Film Book”, “Cinema Hall” are also present in this magazine number.
The authors contributing to this magazine number are: Laurenţiu Damian, Dana Duma, Marilena Ilieşiu, Mihai Fulger, Anca Ioniţă, Angelo Mitchievici, Titus Vîjeu, Ioan-Pavel Azap, Marian Sorin Rădulescu, Luminiţa Comşa, Dinu-Ioan Nicula, Georgiana Muşat, Liri Chapelan, Călin Boto, Adreea Pătru.