Retrospective Cristi Puiu within the “Revolution in Realism” program in London


The ample retrospective dedicated to Romanian film in the British capital city, “Revolution in Realism”, organised by the Romanian Cultural Institute in London and by the British Film Institute (BFI), has already accumulated 12 days with 33 screenings and several special events (lectures, talks with the viewers, exhibition). 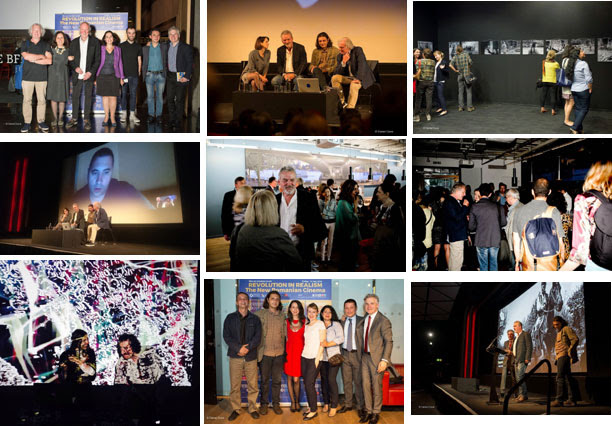 The most viewed film until now has been Aferim! (2015) by director Radu Jude, to whom the organisers reserved, apart from the gala evening at the season's opening, an entire screening week. Reputed reviewers recommended the film, portraying it in very complimentary terms: “not to be missed” (Mark Kermode, The Observer, BBC), “another type of Romanian cinema different from the one you think you know”, “impressive” (Jonathan Romney, The Independent, Screen International), “amazing” (Peter Bradshaw, The Guardian), “one of the best features of the year” (Nick James, Sight & Sound).
Starting on Monday, the special section dedicated to director Cristi Puiu will be started, including all short and feature-length films made by the recent winner of Transilvania 15 (TIFF) Trophy, declared by reviewer Geoff Andrew one of the most influential contemporary filmmakers. Cristi Puiu retrospective will include the films: Marfa și banii/Stuff and Dough (2001), Un cartuș de Kent și un pachet de cafea/A Carton of Kent and a Pack of Coffee (2004), Moartea domnului Lăzărescu/The Death of Mr. Lăzărescu (2005), Aurora (2010), Trei exerciții de interpretare/Three Performing Exercises (2013) and Spectrul Europei/Europe Spectre (2014, the contribution of the Romanian director to the portmanteau-production Podurile din Sarajevo/ Bridges of Sarajevo).
“Revolution in Realism” is a program set up and co-curated by the Romanian Cultural Institute of London, together with the British Film Institute (BFI).
Details at: film.icr-london.co.uk // www.facebook.com/ICRLondon