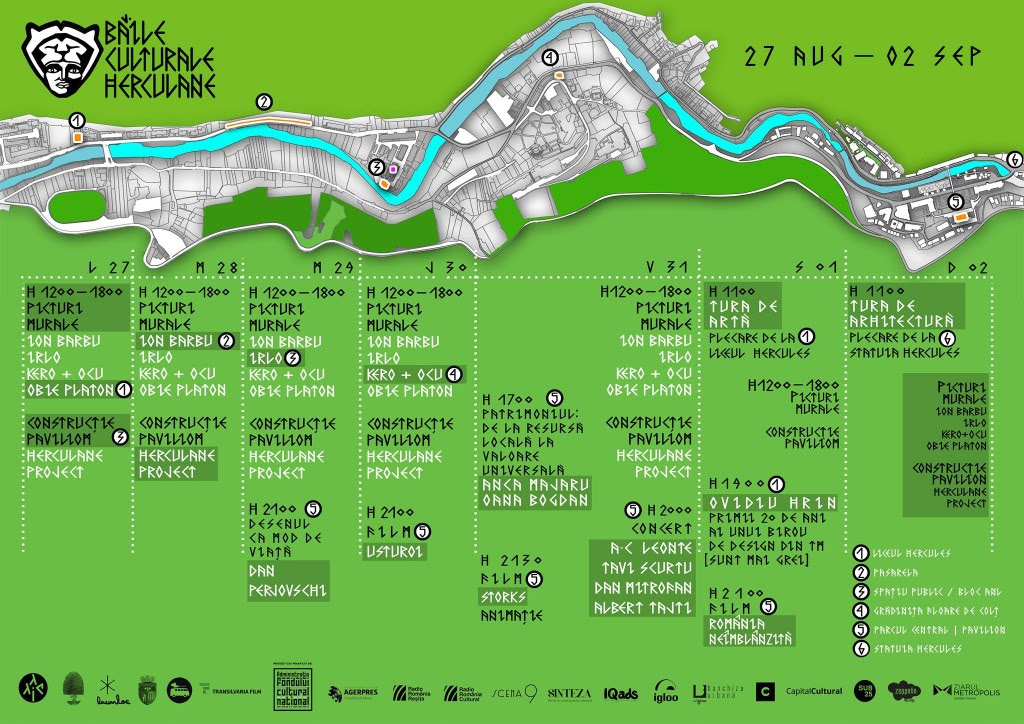 The Cinemobile will screen films every evening, from August 30 to September 1. On Thursday, August 30,
Transylvanian Garlic / Usturoi (directed by Lucian Alexandrescu) will be screened starting with 21:00. The film is about two kids who run away from their native village in order to go to a city to become actors.
On Friday, August 31, the viewers will have the chance to watch an animated film starting with 21:30: Storks (directed by Nicholas Stoller and Doug Sweetland), is a story about changing the course of the career of a few storks who, in the past, used to deliver babies.
On Saturday, September 1, the film screened at 21:00 is Untamed Romania / România neîmblânzită (directed by Tom Barton-Humphreys), with the support of Transilvania Film. “The unique production Untamed Romania shows the wild beauty of Romania, the unaltered beauty, not arranged, magical, but fragile at the same time” (www.romanianeimblanzita.ro).
The event intends to raise awareness on the topic of the terrible situation of the millenary heritage of Băile Herculane and it is meant to contribute to the process by which it will be included in the UNESCO World Heritage.
Details: Băile Culturale Herculane