“Periferic”, screened at the Semaine des cinémas étrangers in Paris


Periferic/ Outbound, director Bogdan George Apetri’s first feature film, was the Romanian entry in the lineup of the 4th edition of the Semaine des cinémas étrangers in Paris. 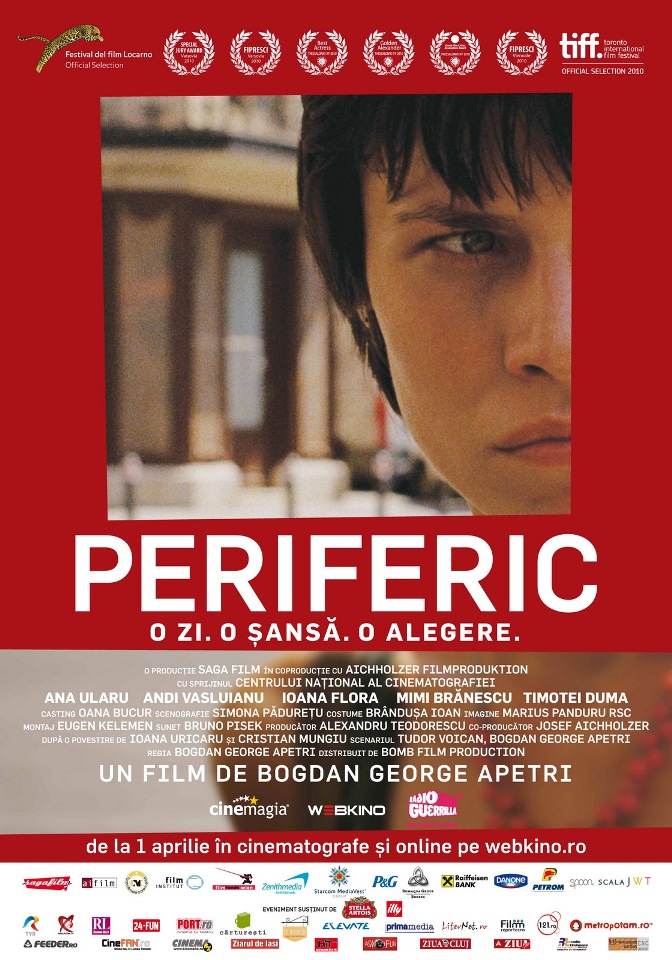 The festival took place on 6-14 March 2017 and was organized by the Parisian foreign cultural centers and institutes, among which the Romanian Cultural Institute.
Periferic was released in 2011 and was awarded in international film festivals such as Locarno, Warsaw, Viennale and Thessaloniki.  At the Gopo Awards Gala it won the prizes for Best Debut, Best Cinematography, Best Editing and Best Performance by an Actress in a Leading Role (Ana Ularu) and Best Performance by an Actress in a Supporting Role (Ioana Flora).
The film will be distributed in France by MK2.
Find out more: RFI