The Odeon Theatre celebrated its 70th anniversary. Since 1969 Dorina Lazăr has been a direct witness of this history, at first as an actress and then as a director. As the director she hosted the event evoking the memory of the great actors and directors that stepped on the stage of the Giulești Theatre which later on became the Odeon Theatre. An album Odeon 70, the tango which was sung by some of the actresses of the theatre and danced by RăzvanMaziluandMirelaPetrică, a documentary made by TVR, a short film produced by UNATC in 2016 –Technically, you see what you have to see and two busts - Ștefan Bănică and Elena Deleanu, plus a glass of champagne were in the program of the anniversary.

Many actors from different generations were invited to be part of the event: Tatiana Iekel, Ștefan Velniciuc, Janine Stavarache, Ilinca Tomoroveanu, Traian Stănescu, Coca Bloos, Răzvan Vasilescu, Adriana Trandafir, Ioana Anastasia Anton, Pavel Bartoș, Alexandru Papadopol.
The director Vera Surățel and the director of photography Elena Bolintiru were invited to introduce their documentary short film Technically, you see what you have to see, made by them behind the curtain of the Odeon Theatre, with the members of the technical staff.

In the art gallery of the Odeon Theatre, next to the busts of the actors Jorj Voicu and Ștefan Mihăilescu-Brăila,two more were added – the one of the actor ȘtefanBănică and the one of Elena Deleanu (who has been the director of the theatre for many years); they were all made by the sculptor Dragoș Cătălin Munteanu. Ștefan Bănică jr came together with his mother to see his father`s bust. He has a special connection with the Odeon Theatre, where his father used to be an actor and where he had the chance to be part of a version of “Miss Anastasia”. 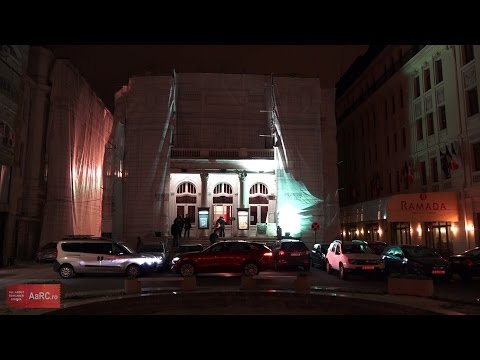