“Moromete Family: On the Edge of Time” and “Parking” at the Romania Rocks Romanian-British Literatur

The ROMANIA ROCKS Romanian-British Literary Festival continues with the online screening of two important films, on the ICR London Facebook page: Moromete Family: On the Edge of Time / Moromeții 2, directed by StereGulea, on Saturday, November 7, 2020 and Parking, directed by Tudor Giurgiu, on Sunday, November 8.
The series of “Rock Talks” conferences started this week with an interesting dialogue between the British writer Deborah Levy and the poet, prose writer and art critic Magda Cârneci. This series of dialogues  between Romanian and British “rock star authors” will continue on November 5, with Al Kennedy and IoanaPârvulescu, two renown authors , with a perfect sense of humour, who m 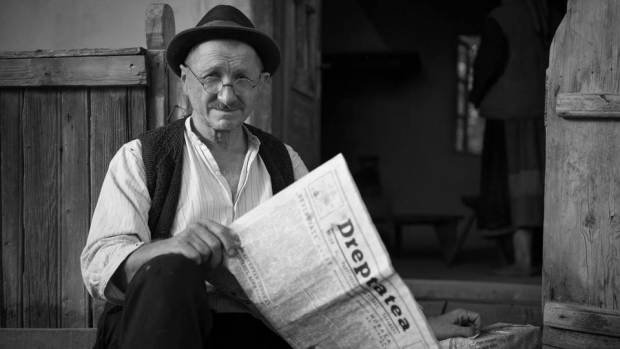 eet each other for the first time in a discussion moderated by Rosie Goldsmith and the poet, novel and essay writer, ben Okri (winner of “Booker” prize) will meet the writer Norman Manea on Friday, November 6, 2020.
The”Rock Talks” series will continue next week with a dialogue between two successful writers and public personalities: ElifShafak, British-Turkish novel writer and activist andMateiVișniec, novel writer, playwright and poet. The discussion between two internationally acclaimed translators, Sean Cotter and Philip Boehm, who meet in order to debate upon their life and work and the way they approach the work of translating some authors, such as Herta Müller and Mircea Cărtărescu, will end the series of successful dialogues.
This week, Ruxandra Cesereanu (Cluj, Romania) and Andrei Codrescu (NY, SUA), two important literary figures, poets and authors defy space and time with lectures and conversations for lucid dreamers during the event „When distance becomes air “. On Friday, November 6, the book “Women” written by Mihail Sebastian will be luanched, during an online discussion between the translator Philip O‘Ceallaighand Camelia Crăciun (Bucharest University, the Jewish Studies Department).
Two special events will also take place: “Romanian Voices in the UK” which gathers Romanian and Moldavian authors who have made United Kingdom their “home” and inspiration for many years and “1-2-3-4 O`CLOCK ROCK!”. This event will include live sessions with some of the most soulful and sparkling Romanian writers and on November 13, a rock concert with Ionuț Ruscior (lead singer Publika) & British guests will close this successful edition of the ROMANIAN ROCKS Romanian-British Literature Festival, organized by the Romanian Cultural Institute in London.
Details: ICR