Masterclass with the Actors Ela Ionescu and Valeriu Andriuță

Theatre and film are two important parts that intertwine in an actor`s life. How much do they influence one another and how can you jump from one to the other without compromising the authenticity of the performance? 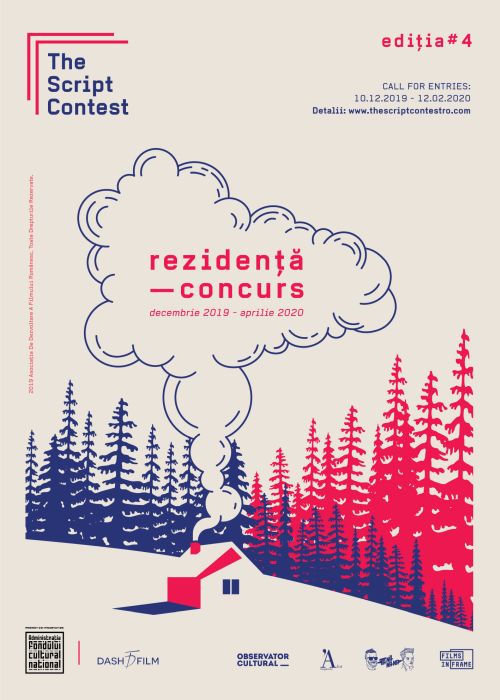 On Monday, May 27, from 19:00, we`ll meet at the POINT independent cultural hub to talk to Ela Ionescu and Valeriu Andriuță  about the characteristics of film acting: how the theatre school helps you to act in films, what is the relationship of an actor with the film crew or how the career successes and failures contribute to the professional evolution. Besides the discussion topics, the audience members are encouraged to express their curiosities, addressing directly the two guests.
Ela Ionescu graduated UNATC, Bucharest – Acting section, the class of professor Mircea Albulescu (2003). In theatre, she was appreciated for the parts she played in A Merry Death. A Harlequinade, The Seagull and Othello. In film, she was the leading actress in Igor Cobileanski`s The Unsaved / La limita de jos a cerului (she was nominated for the Best Supporting Actress Award for the Gopo Awards, 2014). Her career took off for the parts she played in Dogs / Câini (directed by Bogdan Mirică, 2016), The Neverending Morning / Dimineața care nu se va sfârși (nominated for the Best Leading Actress Award, Gopo Awards, 2018), Alice T (directed by Radu Muntean, 2018), My Life Rehearsed in One Leg (directed by Bogdan Mustață, 2018), Beside me / Coborâm la prima (directed by Tedy Necula, 2018).
Valeriu Andriuță is a Moldova-born Romanian director, screenwriter, actor. he studied acting at the Theatre and Film Institute in Tbilisi, Georgia, class of professor Nugzar Lordkipanidze. He worked withfilm directors appreciated both nationally and internationally, like Cristian Mungiu, Pavel Lunghin, Marian Crișan, Serghei Loznitsa, Florin Șerban, Igor Cobileanski. His filmography includes parts in important films presented in film festivals: Love 1. Dog / Dragoste 1. Câine (nominated for the Best Leading Actor Award, Gopo Awards 2019), Donbass (nominated for the Best Leading Actor Award, Cairo IFF 2018), Beautiful Corruption (2018), A Gentle Creature (2017), Eastern Business / Afacerea Est ( 2016), Beyond the Hills / După dealuri (2012).
The access to the masterclass is free and it mainly addresses the students. In order to attend the event, fill in this form. Upon seatis availability, the masterclass is also open to the people who are interested in this theme and to the film lovers who want to discover the world behind the screen and to enrich their film culture.