Surrounded by friends, Marilena Rotaru celebrated 50 years of journalistic career in the Romanian Television during the event “Other Faces. One Signature: Marilena Rotaru”. She became a member of the Romanian Filmmakers Union in 1990, but she already had received awards for the documentaries “The Creator and the Age”(1979) and “Beauty Is Eternal Joy”(1984), both about the painter Margareta Sterian. Famous for the interviews she made with Romanian personalities, put together under the title “The Memory of the Romanian Exile” and for the interviews with King Michael I of Romania, Marilena Rotaru created a style of intellectual and professional 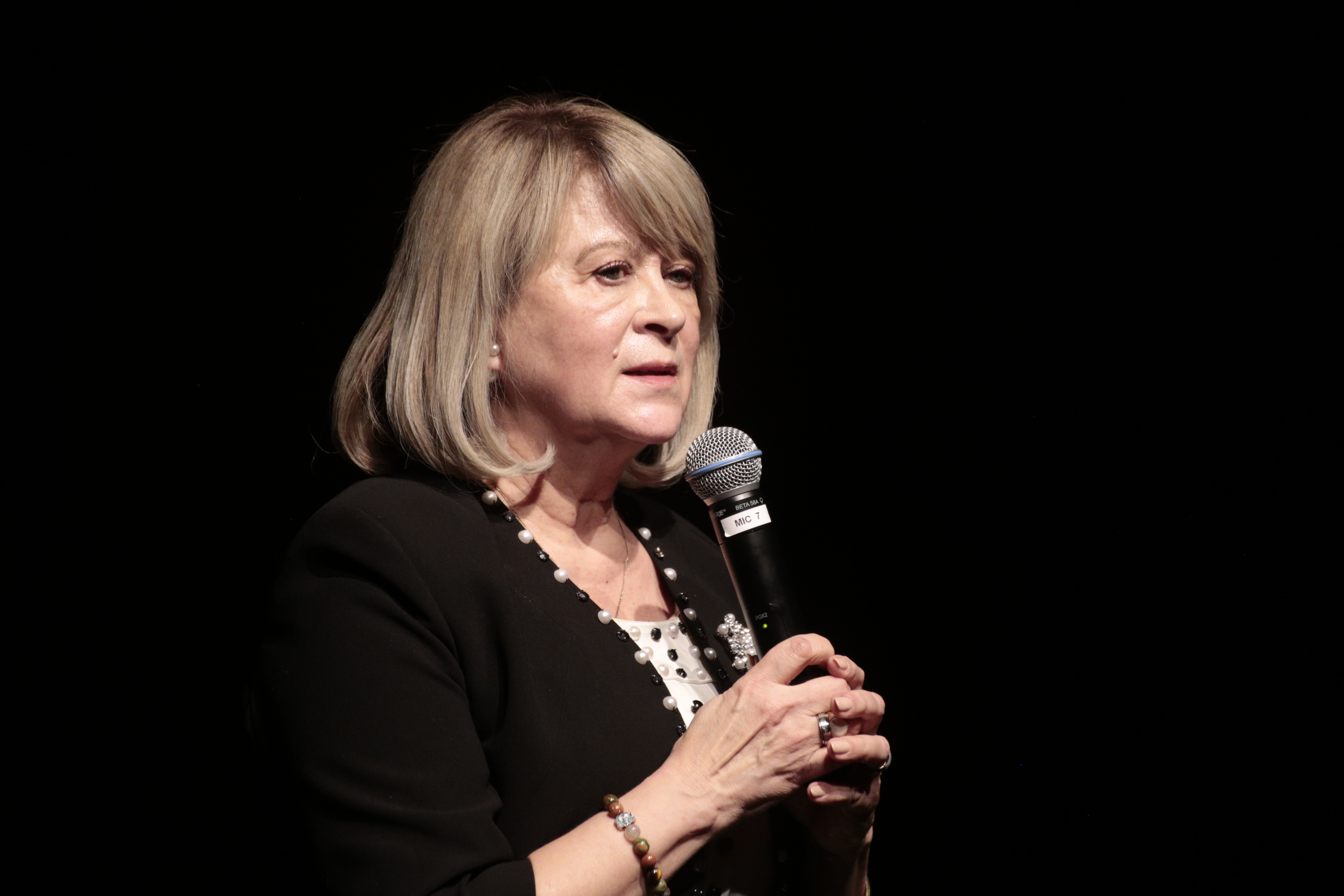 approach of the work as a TV journalist. Making the show “Cella Delavrancea Centenary” (30 years ago) is among the things she is very proud of.
The event organized at the Media Hall of the “I.L.Caragiale National Theatre of Bucharest was attended by Laurențiu Damian, the president of UCIN, Alex Ștefănescu, literary  critic, Marius Constantinescu, TVR producer, Ion Caramitru, the director of the TNB and the  violinist Gabriel Croitoru. Ana Blandiana and Mihai Șora were also among the guests.
Fragments from the interviews she made (with Sergiu Celibidache, Vintilă Horia, Paul Goma, Paul Cioran, Doina Cornea) were screened on the occasion.
Marilena Rotaru received the Excellency Diploma of the Romanian Filmmakers Union.
Cinematography: Valeriu Ciubotaru
Editor: Radu Georgescu