“Malmkrog”, by Cristi Puiu, Selected for the Berlinale 2020 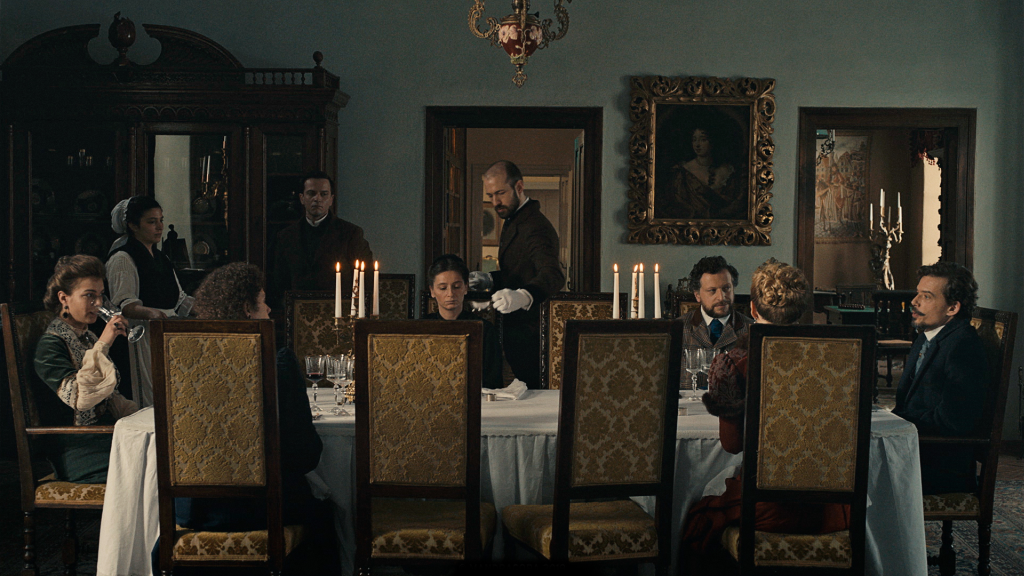 Nikolai, a land owner, invites more friends to his country manor, including a politician and a Russian general. They discuss about death and Antichrist, progress and morality. While the discussion takes shape and they touch on different topics, each of them expresses his vision on the world, history and religion. The hours go by, the discussion gets tense and the topics become more and more serious and the culture and perspective differences deepen. The film is an adaptation of Vladimir Soloviov`s “Tale of the Antichrist”.
Encounters is a new competition section which aims to support new voices in cinema and to offer more room for different narrative forms and documentaries into the official program.  A jury made of three members will choose the winners for the Best Film, Best Director and a Special Award of the Jury.
Details: Berlinale // Shellac-Altern.org

MALMKROG by Cristi Puiu - extract 1 from Shellac films on Vimeo.