The festival started by Cristian Mungiu reached its 6th edition and became a cultural institution. Not only in Bucharest. Mungiu`s idea, supported by Thierry Frémaux, General Delegate of the Cannes Film Festival, 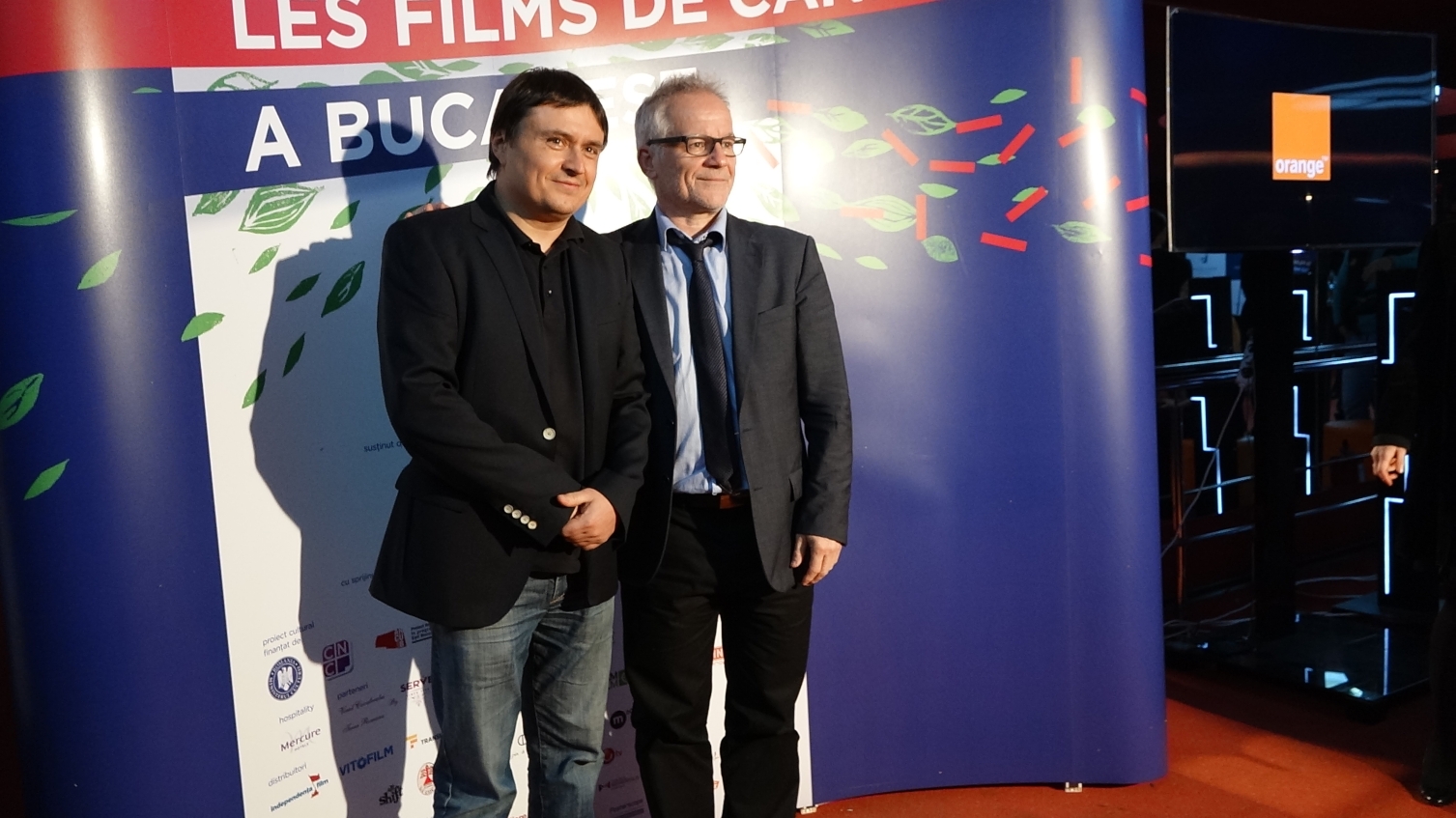 was taken to other capitals in the world as well. 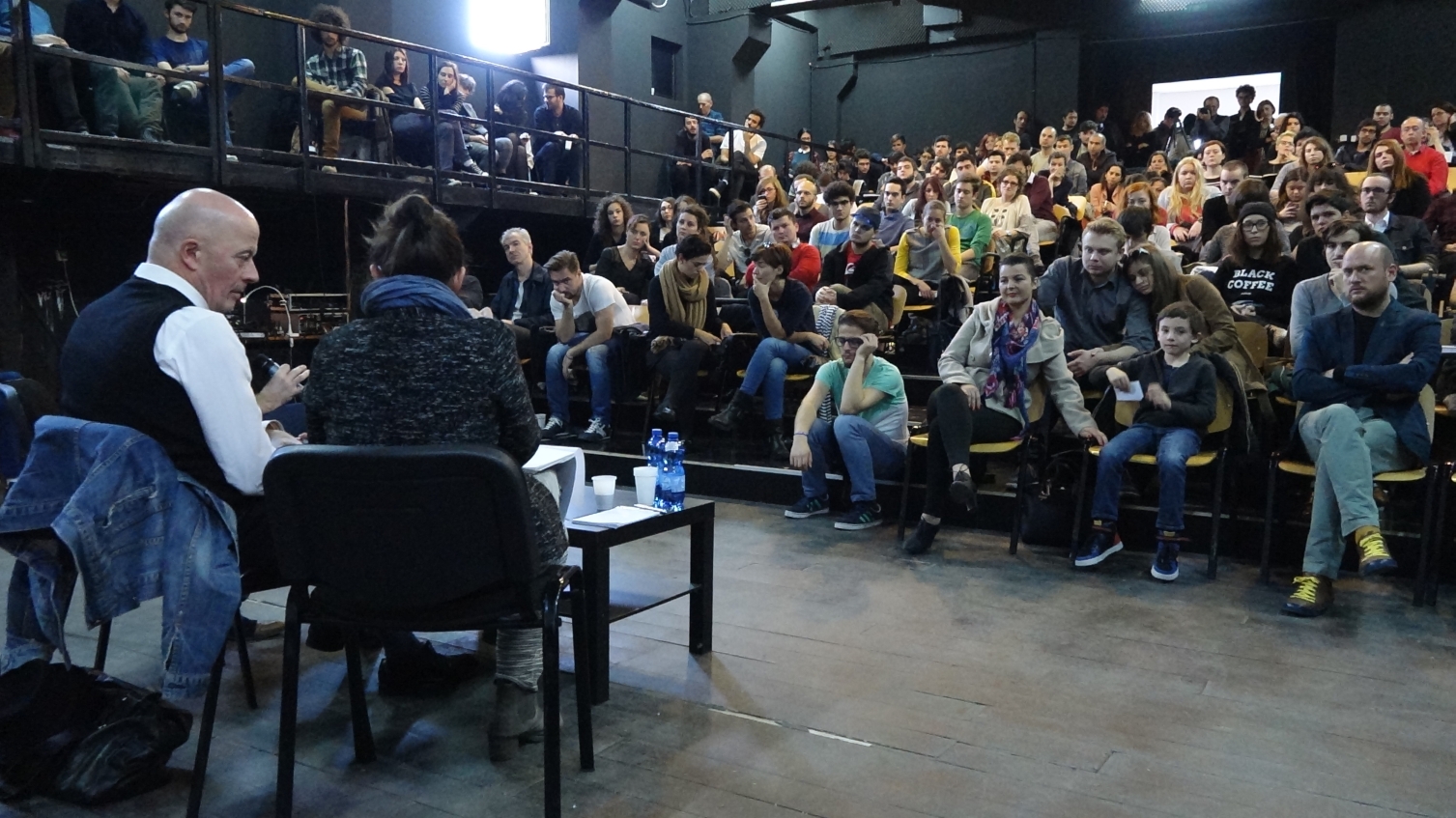 Les Films de Cannes à Bucarest offers the viewers the chance to watch awarded European productions and also the chance to meet the film makers that produced them. This year, Jacques Audiard, the film director who received the Palme d`or in for Dheepan, held a masterclass for the students of UNATC. Emanuelle Bercot was present at the Opening of the Festival Gala which started with the screening of the film she directed, La Tète Haute .
This year`s edition brought forth important debate topics: “Piracy and cinema. How do we make it work? and “How, why and for whom do we still write about film?” 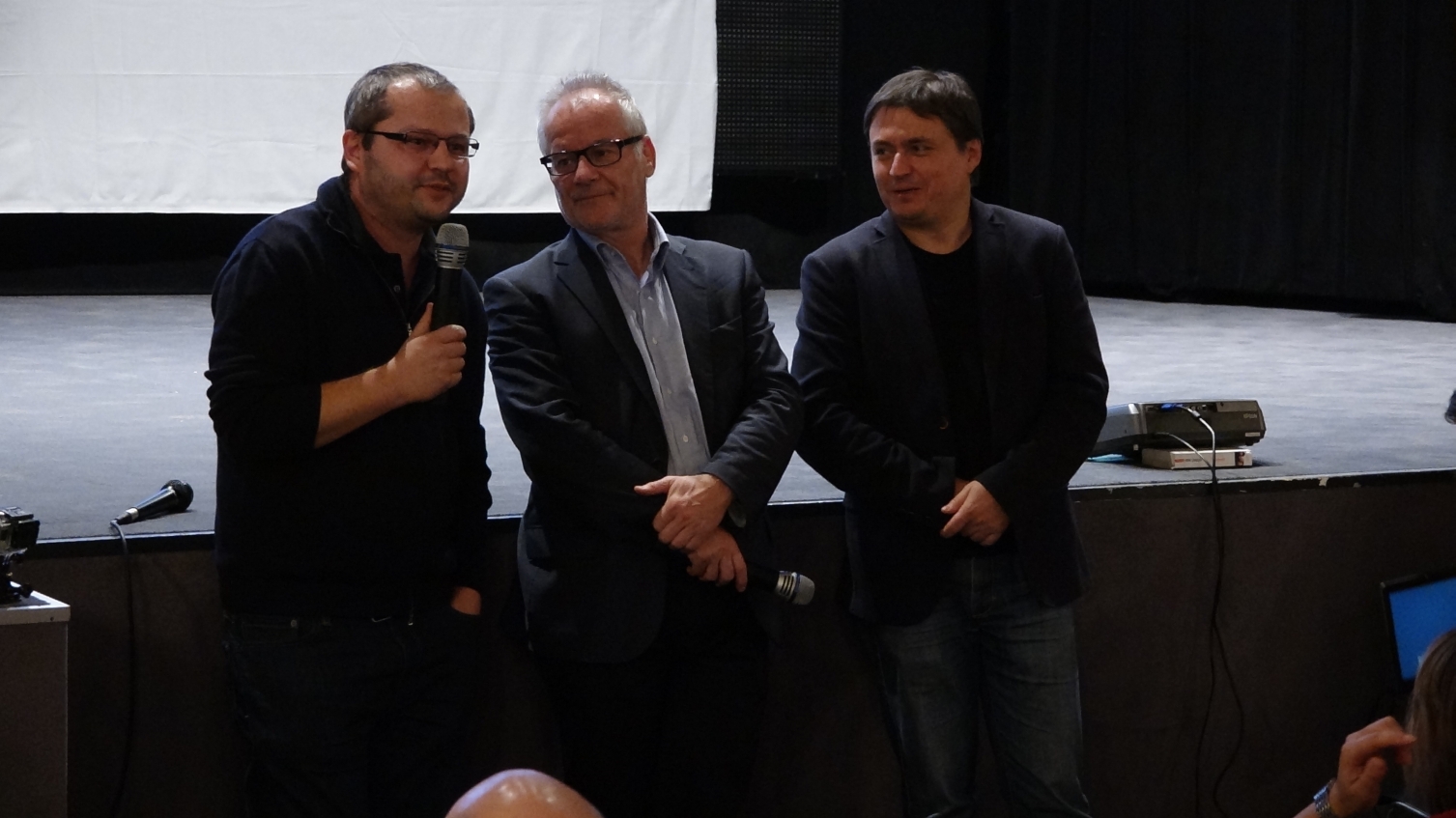 Like every year, the Romanian films selected at the Cannes festival in different sections were presented as special events. The short films from the Romanian Short Waves selection were screened in the presence of the directors. Andrei Crețulescu was at the screening of his first three short films: Bad Penny, Kowalski and Ramona; this last one received this year`s Canal + award in Cannes.
A special screening, in the presence of the team was organized for One Floor Below, directed by Radu Muntean, which was in the Un Certain Regard selection this year.
Cristian Mungiu and Thierry Frémaux, introduced Corneliu Porumboiu who received the Un Certain Talent award for The Treasure. Before the film, an excerpt from the documentary that had preceded and inspired the script of Porumboiu`s The Treasure was screened.
The last evening was a treat for the film lovers. Thierry Frémaux, General Delegate of the Cannes Film Festival and the director of the Lumière Institute in Lyon introduced a selection that he made of some of the films directed by the Lumière brothers; the screening was accompanied by Mr. Frémaux`s live commentary. 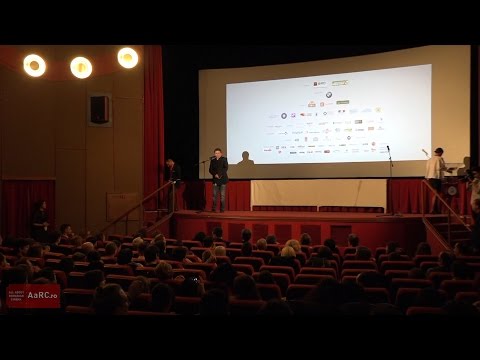