Irina Margareta Nistor and Monica Lovinescu, as for the rest…


Not even today can I describe exactly the state of mind that made me rush to Piața Universității on December 21st, 1989. I don't remember the exact proportions of shame, fury and craziness. But I have now a feature film to tell me precisely what was running through my head then: supermarket shelves among which Bruce Lee was strolling, Lamborghini and Ferrari cars driven by Van Damme, fights among and on tables loaded withmouth-watering plates, Rambo shooting Vietcong soldiers with his machine gun at his shoulder, Chuck Norris taking with his teeth the head off the rat put on his face by the Red „yellows”. 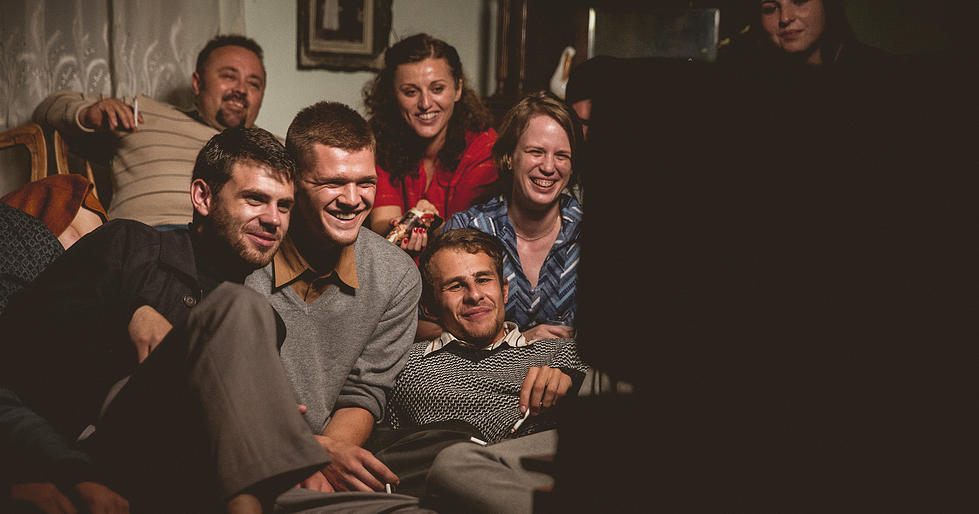 Where did I see those images in the '80s? On pirated VHS cassettes that were circulated in the evening inside the socialist blocks of flats of Romania. They put firmly in my head the idea that the capitalism was a better world than the communism, that they had cool cars, not Dacia cars, all that you could eat food, a world where everybody lived in houses that rotated around the sun, with beautiful whores everywhere, whisky and martini flowing, and especially loads of adrenaline; therefore, I set out on my fight against communism, so that I could have all of the above, too… In brief, it could be said that Chuck Norris brought us to the streets to bring Ceaușescu down!
This revelation was inspired by the feature filmChuck Norris vs. Communism, a product of the intellect of a young lady whose name is Călugăreanu, and who, as I understand, lives in London. Given that the CNC (National Cinematography Board) rejected the financing of this „documentary”, and thus it was not made with budget money, I should have grinned and seen to my other business because, for some time, I decided it's not worth wasting your life (miserably short as it is) on writing about just every trash movie.
But I saw the films' testimonials on HBO, and among them there were two filmmakers I have a lot of respect for – Tudor Caranfil, the venerable cinema historian and reviewer, and Adrian Sitaru, a talented director. I wonder what they felt after they saw this film in which they „play”. Furthermore, I was told that at the TIFF (Transylvania International Film Festival) in Cluj, an entire theatre gave standing ovations to „this winning debut that celebrates the Hollywood cultural impact”, as Hollywood Reporter stated. 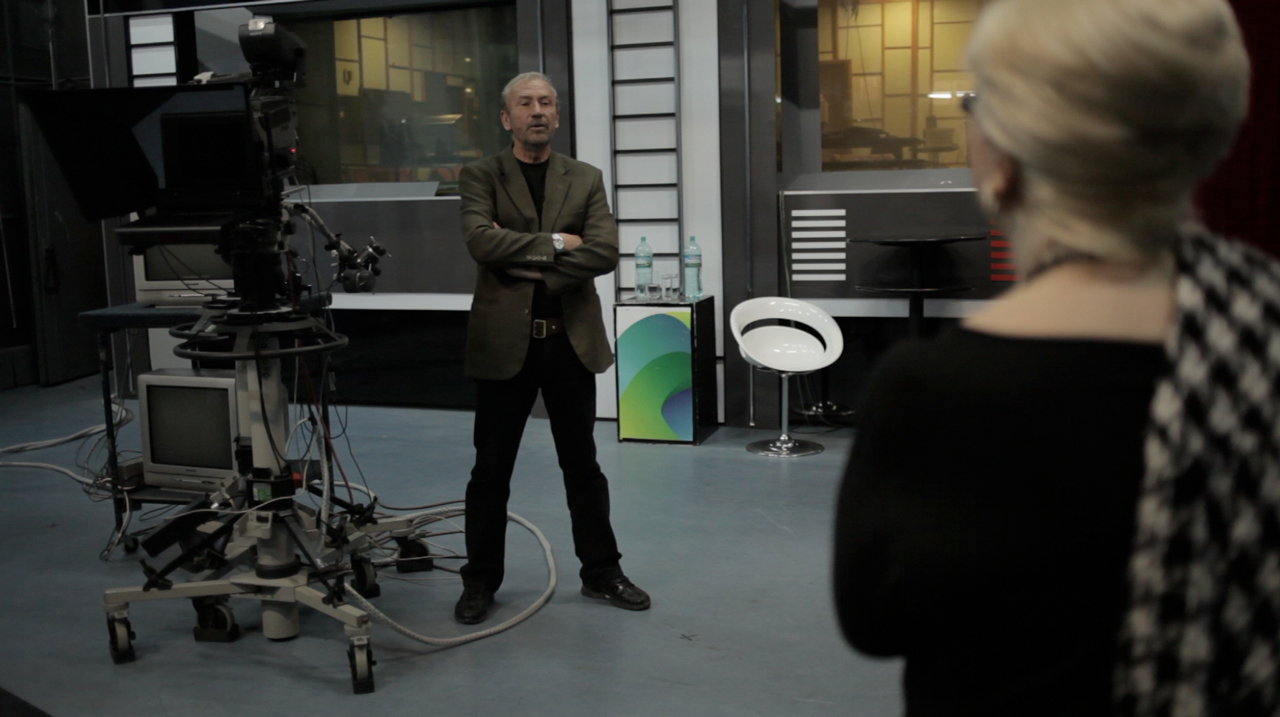 Moreover, I am not aware of anybody having written anything critical about Chuck Norris vs. Communism. So my pen started to burn a hole in my hand.
The VHS cassettes’ trading was, during the last decade of Ceaușescu's rule, a contraband business controlled by the Securitate, just like the trading of blue jeans, cigarettes, Western booze, coffee, and national and international trafficking of Romanian prostitutes. The Securitate took money from the traffickers, such dirty money being directed to „special” accounts for operations equally „special”. Most of those involved in such networks were also informers easy to keep in leash.
Such trading of pirated VHS cassettes was a blatant infringement, on a large scale, of international copyright laws (as we see now in small writing at the beginning of original DVDs), to which communist Romania did not adhere. And, because people owning a video player took money from 15 – 20 viewers every night, it meant alsofiscal evasion. In short, thievery.
Which does not mean that I stayed away from such „soirees”. Within the context of the Romanian informational desert, they were not something to be missed. Ninety per cent of the films played were trash movies, junk, garbage, action, thriller, series B and C SFs, as well as hard-core porn. Violence, sex, money, drugs – that was what was mainly sold and seen. You had to make great efforts to view, in restricted circles, films like Wajda's „Manof Marble”, or „The Witness” by Peter Bacso – considered dissident works behind the Iron Curtain.
This „video network” was a small-time, caricature form of consumerism, not of anti-communism. After they saw these visual „hymns” dedicated to freedom, as Ms. Călugăreanu states in her film, the youth of Romania went to find a girl, or to brucelee (to kick somebody in the face Bruce Lee-style) somebody after drinking fizzy wine (the only kind available in stores), and not to organise a protest movement against Ceaușescu. 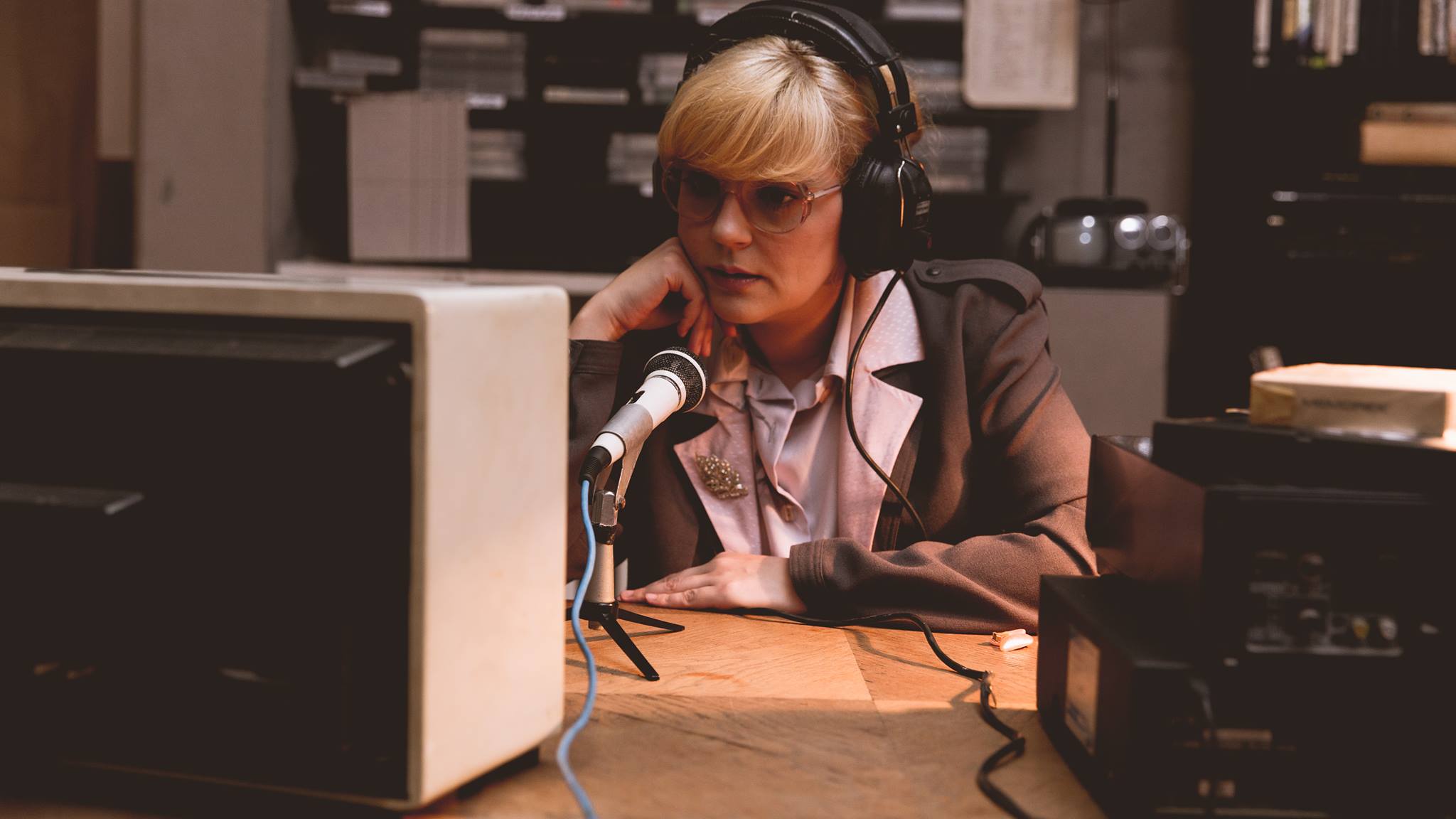 Hymns of freedom… not only visual, but also audio ones. They were translated by Irina Margareta Nistor, a young translator at the time working with the Romanian Television Station. Mrs. Irina's great admirers, or even apostles, talk about a true libido of liberty coming off her voice. I didn't know her at the time, but I thought her voice resembled that of a Pterodactyl having a cold. And not even today do I find her voice to be her most attractive trait.
But I like Mrs. Nistor, because she is a well-documented film reviewer and a great film lover, and I empathise with her in her nostalgia towards D.I. Suchianu and Iosif Sava. Thus, I have trouble understanding why she put herself in that dubious posture of „planter” of the idea of freedom in our minds. She was paid to activate in that dark corridor overseen by the Securitate. But now, after 30 years, she likes to be seen as an inspiring dissident voice only because she translated once: „You, filthy communist!” on a Rambo tape…
So, if we draw the line and do the Maths, it would result that we had two Courageous Female Voices: Irina Margareta Nistor and Monica Lovinescu, as for the rest...
What should I propose right now? That in three weeks, on December 21st, a literary-artistic video should be edited with Ceaușescu's voice hissing: „Hello! Hello! Everybody stay at your places!”, and with the voice of Mrs. Nistor selectivelytranslating „Holy Cow!” over „Motherfucker!” and „Damn!” over „Fuck you!”?
I would rather Mrs. Irina Margareta, the authentic film lover, watches again this movie, Chuck vs. com, during a video night like in the old times…