Interview of the week with Paul Negoescu and Ana Drăghici


Two Lottery Tickets is the director Paul Negoescu`s second feature film and the cinematographer Ana Drăghici`s first one. The film brought approximately 1000 viewers to its premiere which took place at TIFF 2016, at the special screening in Vlaha and the next screenings in the festival were just as popular.
Two Lottery Tickets will be screened in the opening of the “Ceau, Cinema!” Film Festival, in just a few days, on July the 14th, at the Summer Garden in Timișoara and will be released in cinemas starting with October the 7th 2016.
The film is an independent production of the acting school coordinated by Dragoș Bucur, Alexandru Papadopol and Dorian Boguță and it purpose was theinvolving of the students of Actoriedefilm.ro in the making of a film. At TIFF we discussed with Paul Negoescu and Ana Drăghici about what this kind of collaboration implied and also about their next projects.
Cinematography: Valeriu Ciubotaru 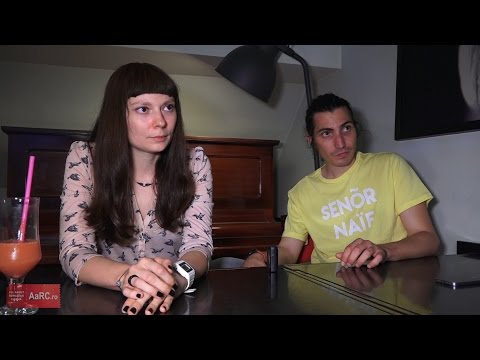