Interview of the week with Dan Condurache

We have never met before. I`ve known him from the stage and from the big screen. My image of him was through many characters he had created: a tough, difficult, grouchy, often Mephistofelian man. I didn`t know if he really was like this, if he enjoyed being considered like this or if some directors believed that it was the type of character that suited him best.
I discovered an affable, polite, talkative character, but who was reluctant when it came to talking about himself and especially about his career. “What career?” Cicea from At the End of the Line / La capătul liniei and captain Cernea from “Radio-Romania” Keeps Broadcasting / Emisia continuă and Sandu Popescu from The Season of Seagulls / Sezonul pescărușilor and Dan Scheianu from Gathering Clouds / Întunecare and Dumitru from  Everyday God Kisses Us on the Moouth / În fiecare zi Dumnezeu ne sărută pe gură and Nicu from If the Seed Doen`t Die / Dacă bobul nu moare.
And behind them, like an echo, the question “What career?” could be heard, asked by Woland from “The master and Margarita”, with his disquieting smile, who had come to witness our discussion, as the spokesman of so many tens of characters he had played on stage.
Let`s get serious, Mr.Condurache, humility is good, but within limits! 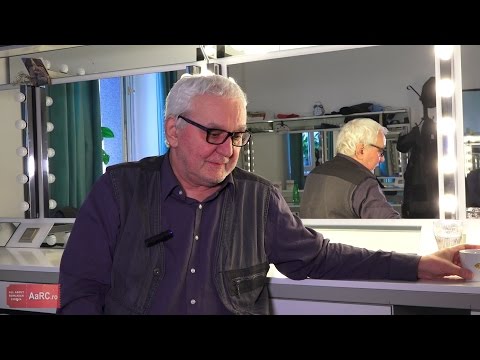