Interview of the week with Constantin Cojocaru


Constantin Cojocaru believes in destiny. And he has every reason to do so. He was a good, hardworking boy, who was very good at mathematics and physics and who wanted to become a chemist. He was from the Botoșani county and when  preparing to go and take the admission exam, he was about to go to Iași, when suddenly, without knowing why, he took the train to Bucharest. It was right the period of the admission exams at the Institute for Theatre and Film, which usually was before the other faculties.  The IATC building on the Dâmbovița quay was full of people going to-and-fro. Many candidates, few future students admitted. “The chemist” Țâcă Cojocaru found himself among the admitted ones, alongside Dan Nuțu, Florian Pittiș, Tudor Gheorghe, Dan Borcia, Costache Babii and other few young people. It seems the destiny knows its ways.
Cinematography: Valeriu Ciubotaru
Editing: Radu Georgescu
Translation: Iulia Necoara 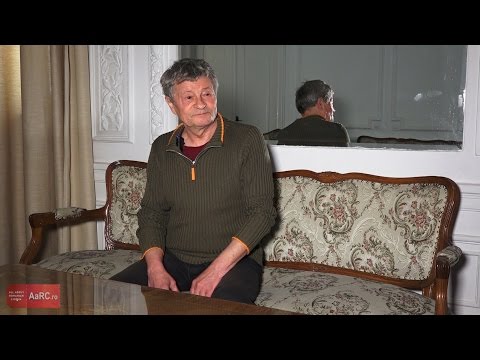