Call for Entry for Animation Worksheep #14

The 14th edition of Animation Worksheep, the only intensive animation workshop in Romania, is expecting a new generation of students from March 6 to 28, 2020, at CINETic (International Centre for Research and Education in Innovative Creative Technologies) in Bucharest. 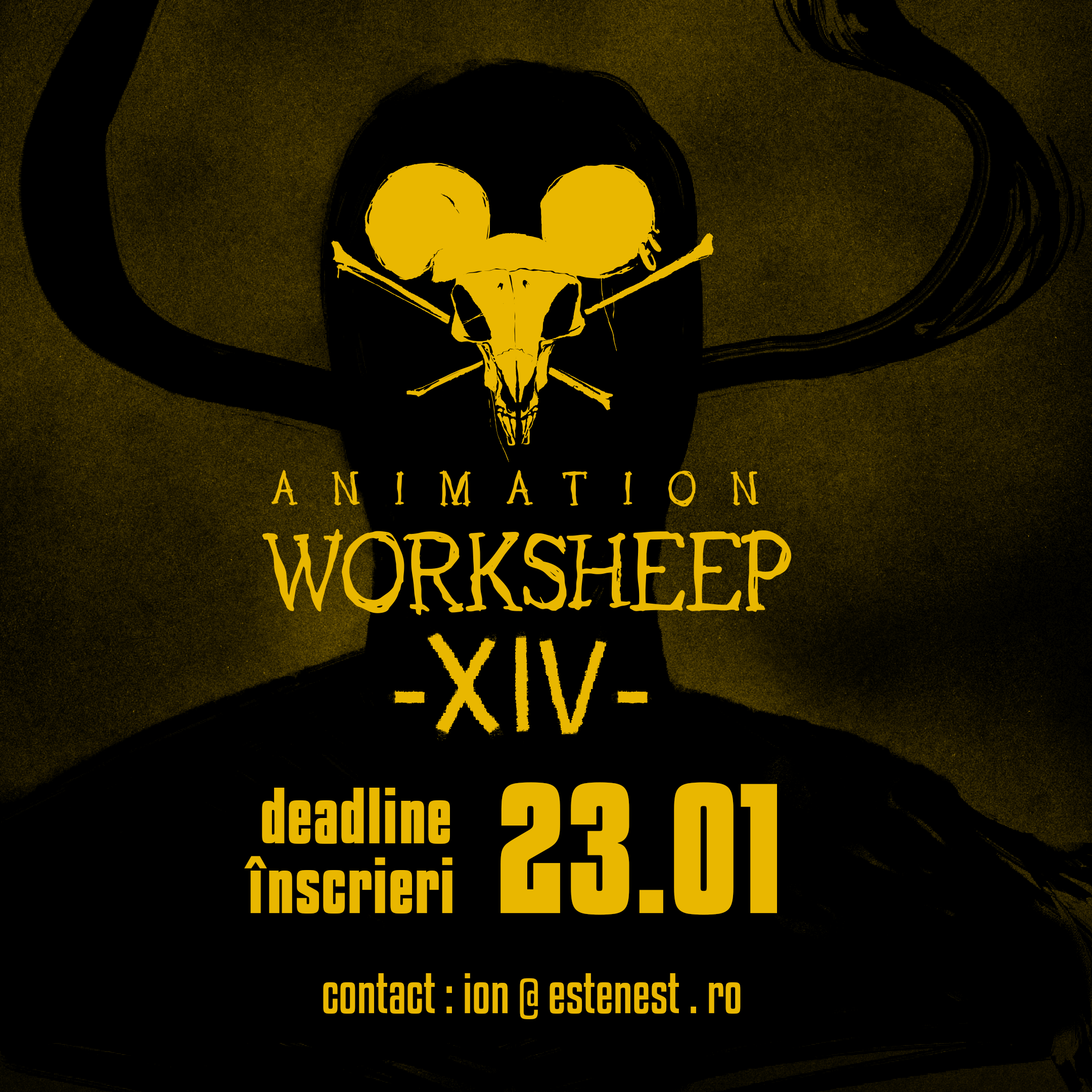 The organizers will return to the construction of the dystopian universe of the “Călușarii”, the most ambitious project made by them so far.
During the 13th edition of the Animation Worksheep, they started working on a fantastic universe inspired by the Romanian folklore and mythology with the creative input of every participant, trainer and member of the team. The story begins in 1968, with the invasion of Czechoslovakia and its denouncing by Nicolae Ceaușescu and it continues in a dystopian universe in which USSR invades and annexes Romania. In order to get rid of the Soviet domination, the Ceaușescu couple seeks the help of some supernatural creatures.
The participants of the 14th edition of the workshop will explore different animation techniques, 2D drawn/digital. 3D, stop-motion or cut-out, using the latest technologies, as well as elements of storytelling and editing, the way the work is done in the established animation studios.
The young people from Romania and the Republic of Moldova can apply to this workshop if they are at least 18 years old. The workshop addresses mainly to the animation students or new graduates.
By January 23, they should send an email to ion@estenest, which should include the CV, the portfolio and a letter of intent.
There is no participation fee.
Animation Worksheep is a project organized by the ESTENEST Cultural Association, run by Vlad Ilicevici, who is a filmmaker and a musician and the person who coordinated the teamand the production of the Animest Festival for 11 years
The project is co-financed by AFCN and CNC and has CINETic and UNATC as its partners.
Details: www.worksheep.ro