The Romanian Cultural Institute in Lisbon, in partnership with the Romanian Filmmakers Union (UCIN) and Video Art Studio, is organising the gala “Art Film and Film on Art”, to be held on Friday, 28 October, at 19.00, at ICR Lisbon headquarters. 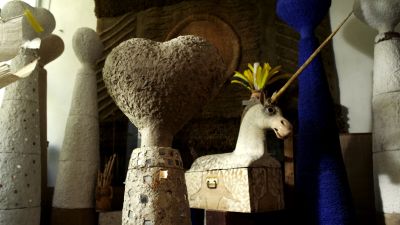 The event will be carried out as a mini-series of Romanian film, screening 2 documentary features followed by a Q&A session on the art documentary film, attended by filmmaker Laurenţiu Damian.
The first film, Inima mea de lut - Ion Nicodim/My Clay Heart – Ion Nicodim is a novel approach of the life and work of Ion Nicodim, the plastic artist who shaped not only colours, but also clay. The director found a new formula to approach the complex personality of the artist who turned painting and sculpture into a form of resistance, not only socially but also as 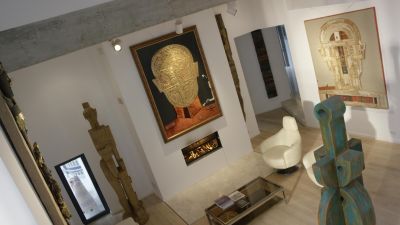 concerns the fight with time. Even after his passing, the symbolic heart, shaped in clay, of plastic artist Ion Nicodim is an alive symbol of his creation.
In Muzeon – Ştefan Râmniceanu, the director transforms Ştefan Râmniceanu's life and working space in a meditation on life and creation. The camera goes into his museum-house, discovers his work, his fundamental motives, obsessions and chimeras. In a space where architecture, painting and sculpture join in order to define a unique plastic expression way, Laurențiu Damian imposes an expressive equivalent for it: a musical, choreographic and cinematographic reinterpretation.
The films were produced by Video Art Studio within the Ministry of Culture and have English subtitles. Admission will be free of charge.
Details at: www.icr.ro