Independența Film, the film distribution company which has been promoting important independent films in Romania brings now on Vimeo the best titles of the company portfolio.You can see among them 6 Palme d`Or winning films, including 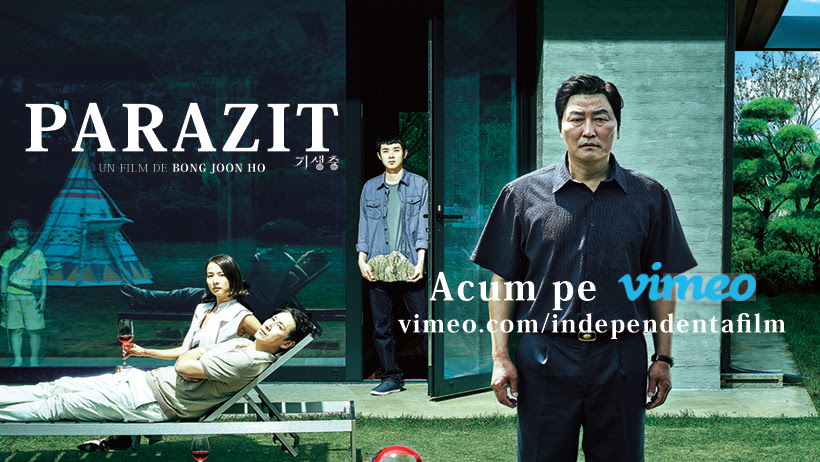 the film of 2019, Parasite (directed by Bong Joon-ho).
Awarded in Cannes, Venice, Berlin or simply independent box office hits, the films distributed by Independența Film will be available on https://vimeo.com/independentafilm. The price of a ticket is 3$ and the user can watch the film within three days.
For now the Independența Film Vimeo account includes 14 films, out of which 6 received the Palme d`Or. More titles will constantly be added to the Vimeo account.
Details Independența Film