”IMiss You Every Day”, or the ”art” of making both ends meet


I am finally convinced: the crew with TVR2 does not bother to make any kind of selection when they broadcast Romanian movies on Sunday. They take them as they come or depending on the persuasive powers of copyright holders eager to place their merchandise. Otherwise, I miss you every day wouldn't have passed, not even through a sieve with generous holes. 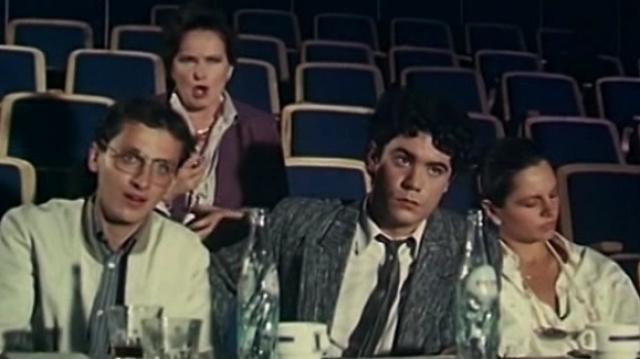 The main loser remains Gheorghe Vitanidis, a director who did not claim to be an author and who, with small exceptions, worked with scripts written by others and who tackled all genres, with various degrees of success.I would define him as a film craftsman, whose track record includes first of all The naughty teenager, a love story with Irina Petrescu and Iurie Darie, very young and beautiful at the time. Gheorghe Vitanidis became known at the beginning of the '60s, with three light-weight comedies– Our boys, Post Restant and Gaudeamus Igitur – which, at that particular time of the Romanian cinema, could've been considered decent entertaining. The same thing does not go for his last fiction movie, I miss you every day, intended to be a musical following the classical scheme of „we put up a show, we're looking for a star”. 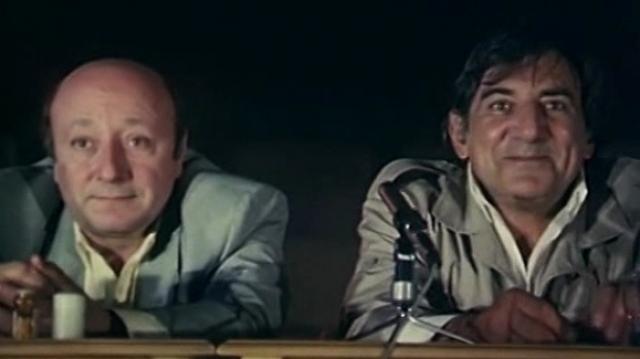 I miss you every day is a patched up movie. The main person to blame for that is the screenwriter Octavian Sava, working with the national TV station at the time and well-known author of comedy sketches, abounding with gags and little jokes. Vitanidis' movie looks exactly like that, a string of allegedly funny moments put together without much logic, but intending to make people laugh at all costs. That's how we could explain the willy-nilly appearance of Jean Constantin in a barrel full of lime, placed on the scaffolding of a building under repair, and who afterwards tries to clean himself and leaves clouds of white dust wherever he goes.Or the appearance,also out of the blue sky,of Marin Moraru accompanied by Jean Constantindressed as women walking through an amusement park, where they stop next to a water pump which, of course, explodes and the jet of water almost tears their clothes off. Or the musical clown number performed by Florin Piersic who was to be reserved a special moment towards the end of the movie after appearing only for a little bit at the beginning, being then kind of forgotten as they story went by. You have a nagging impression that, every day during the shooting, somebody woke up with an idea: ”what if we did that? wouldn't that be funny?”, and the idea was put into practice right away, and the editor, Alex Petrescu, tried hard afterwards to find a place for the new material in the movie.
Some other jokes have specific targets.  Stela Popescu is Mimi, a mother who wants to see her girl on the stage because she couldn't do it on account of her husband (”My husband would never agree for me to be a music hall actress”). Her husband is Arșinel, playing the part of a famous weight lifter (!). Mimi starts to put pressure on Marin Moraru, who could be of real assistance for her daughter's artistic future, by invoking their college years (perfectly true in real life, they studied together at the Bucharest Theatre and Film Academy). And her talented little girl'sname is Stela. The two Stelas (one called that in real life and one in the movie) perform a number involving their singing and dancing, kind of grotesquely, on the melody of ”Sweet girls of Bucharest”. Then there is the mean joke targeting Marin Moraru who, in the movie, is being asked for autographs by some girls secretly paid by Jean Constantin, while the same girls assault Florin Piersic for free, just like in real life. 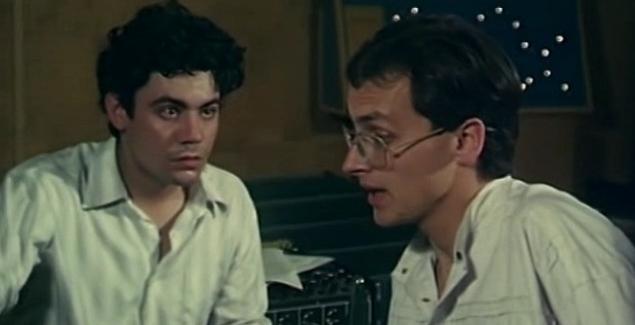 In this context, we can't talk about spiritual lines. Marin Moraru keeps saying as often as he can: „At the end of the day, a person only dies once”,and Jean Constantin is obsessed with the idea that „artdemands sacrifices”. The young lover, played by Viorel Păunescu, is made to recite romantic lyrics by the poet Nicolae Labiş: „There is a rainbow above the world of my soul”. And, when during the audition the girl (Stela) is torturing a Romanian song by playing it in foreign languages, she is warned that: „If we want to be noticed, we must be ourselves”.
The producers placed a high stake on the cast full of actors loved by the public, but they didn't offer them parts equalling their reputation, so there's no wonder they overbid, throw glances at the camera, phrase ostentatiously and generally try too hard to make something of this movie. The musical numbers lack inspiration as well, though the score boasts two illustrious signatures – George Grigoriu and Ionel Tudor. The choreography belongs to Cornel Patrichi, who delivers two interminable and repetitive numbers of so-called modern ballet.
However, there are two notable surprises in the movie: the appearance of Nae Caranfil (then freshly out of the directing school and already author of a promising short), who plays more naturally than the professional actors and sings more pleasantly than a professional singer like Cotabiţă, and the performance of the cute energy bomb called Emilia Popescu, at her first important role, whose folk song „Ţurai!” is much better than the song giving the title of this movie. 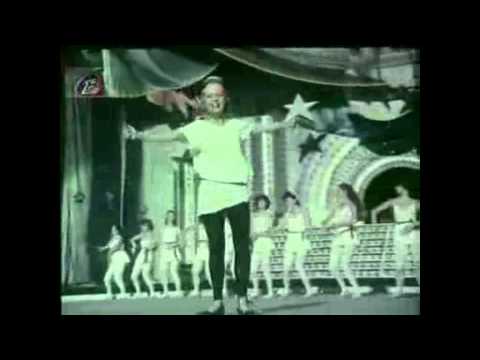