Gaudeamus 2016: launch of the “Graduation” DVD and book,by Cristian Mungiu


In the beginning was the written word. Cristian Mungiu has written since his teen age years, with the intention of following a literary path. His stories turned into images. Mungiu writes his own screenplays, then he makes his films. He confesses he doesn`t take inspiration from somebody in particular and that it is difficult to learn how to write screenplays, but every now and then he speaks to the students about the writing process he goes through.
For Graduation, the Humanitas Publishing House launched at the 2016 Gaudeamus Book Fair an elegant set with the DVD and a book with the screenplay. From the written word to the image. The literary critic Marius Chivu and Gabriel Liiceanu, the director of Humanitas, spoke about Graduation, and Cristian Mungiu answered the questions of the people in the crowd and signed autographs. The special guests of the director, the actors Adrian Titieni, Emanuel Pârvu, Lucian Ifrim were present at the event. 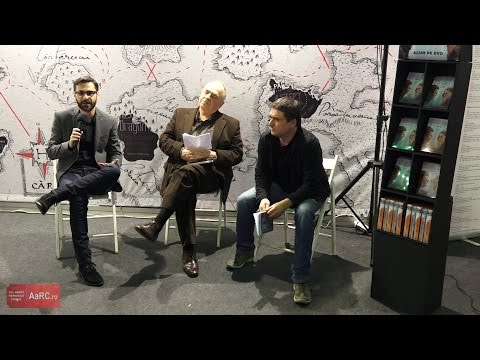